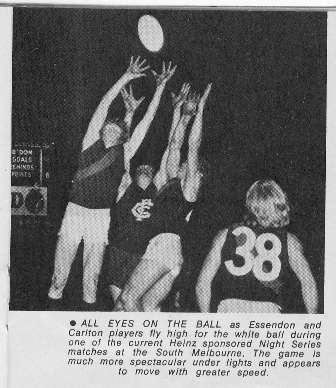 Bill Barrot and Ron Barassi were both involved in this match for Carlton after Billy famous walkout at half time from the Round 22, 1971 match at Princes Park against Collingwood.

Bruce Doull as a ruck rover was the leading goalscorer in this match with 3 goals.