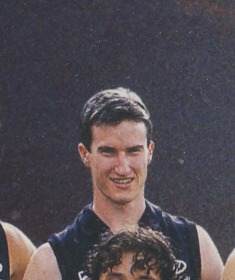 Sexton was recruited from TAC Cup side the Bendigo Pioneers U/18's, his original junior club was Sandhurst.

Sexton is the brother of Carlton players Michael Sexton and Ben Sexton.

He did not play a Senior game for Carlton.