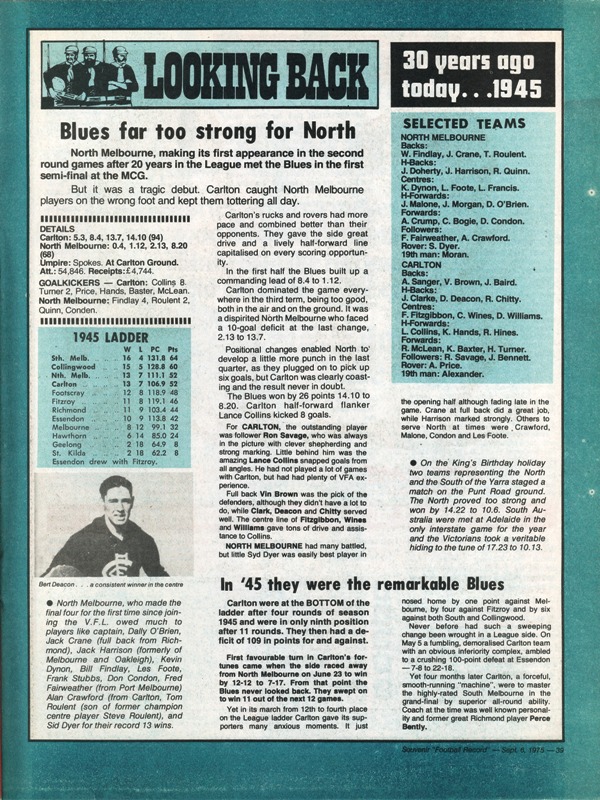 Click to expand
All finals were played at Princes Park due to the MCG still recovering from WWII duties.
A record attendance for the ground. Approx 50,000 had attended a Carlton v Collingwood game about 15 years before.
The North Carlton railway station was heavily used. Many women fainted in the crowd crush and the ambulances were kept busy.

This game was North Melbourne's first ever VFL final, after waiting 20 years. Carlton always looked like the better side on the day, and North Melbourne's woeful kicking for goal killed any chance of them winning the game. Lance Collins kicked 4 goals in the first quarter to set up the victory for the Blues, and managed 8 by the end of the game.

Six last quarter goals for North flattered the final score, with Bill Findlay helping to bridge the gap with 3 goals. Bert Deacon starred in defence all day for Carlton, having played most of the season for Preston in the VFA. 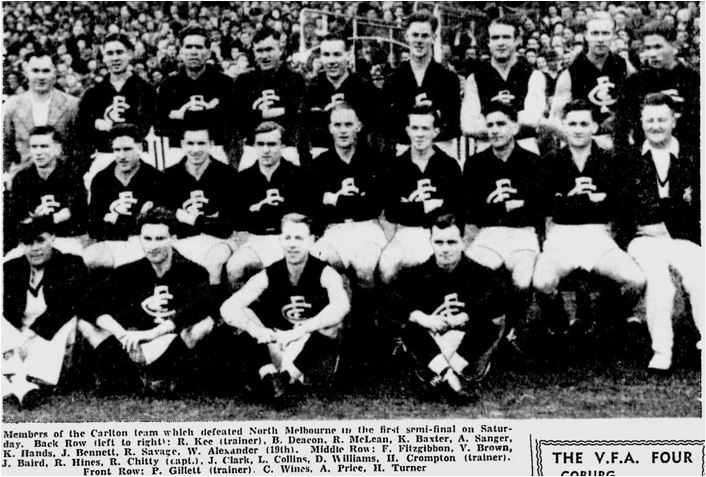