Carlton defeated Geelong by 28 points at the MCG, although Geelong's woeful kicking masked the closeness of the match.

While Carlton ran out the game comfortably, Geelong only had themselves to blame, inaccurate kicking removing any chance they had of a victory. A wasteful 1.9 in the second quarter left the Blues in the game at half-time, trailing by only 6 points. 7 goals to 1 in the second half for Carlton ensured victory and a Preliminary Final against Essendon the following week. 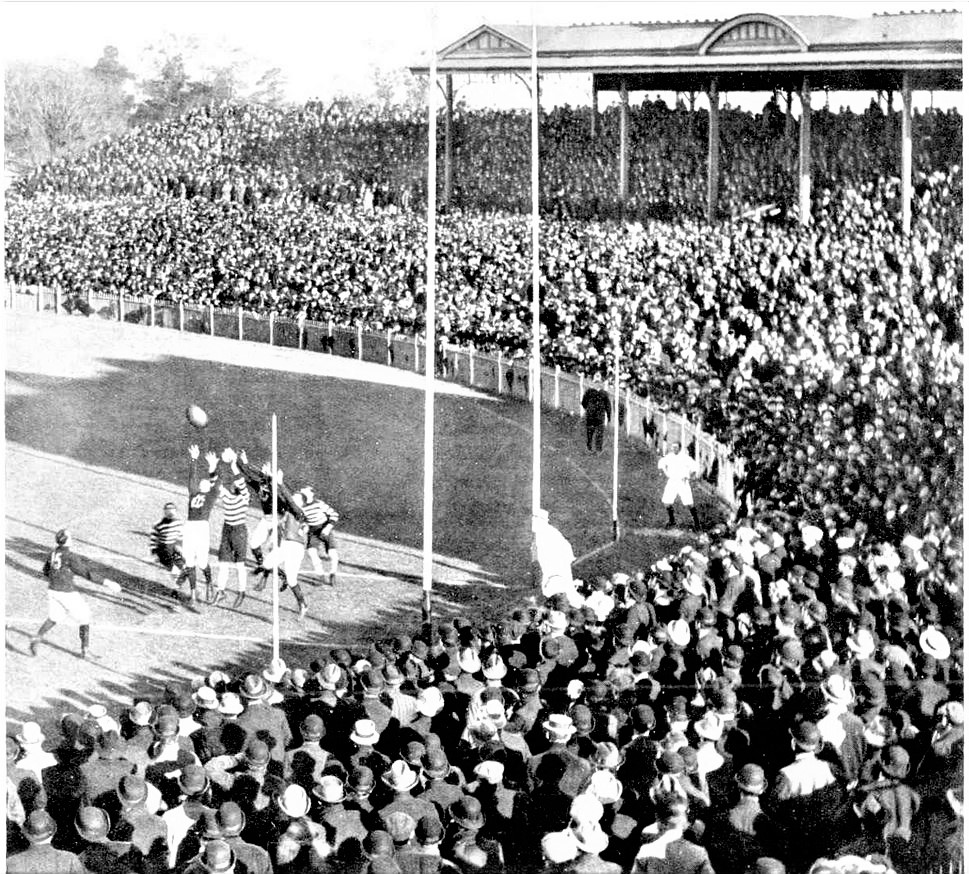 The curtain raiser was played between the Beverley and Leopold Football Clubs which finished at 3.15pm.

Film of this match was screened at the Britannia Theatre (Labor Call September 12 1912 p9)
The Britannia Theatre seated 1,100 people and was located at 267 Bourke Street. It opened in June 1912 and was demolished in 1935.
Round 18 | Preliminary Final

1995 GF - the pack flies in the Geelong goal-square.jpg