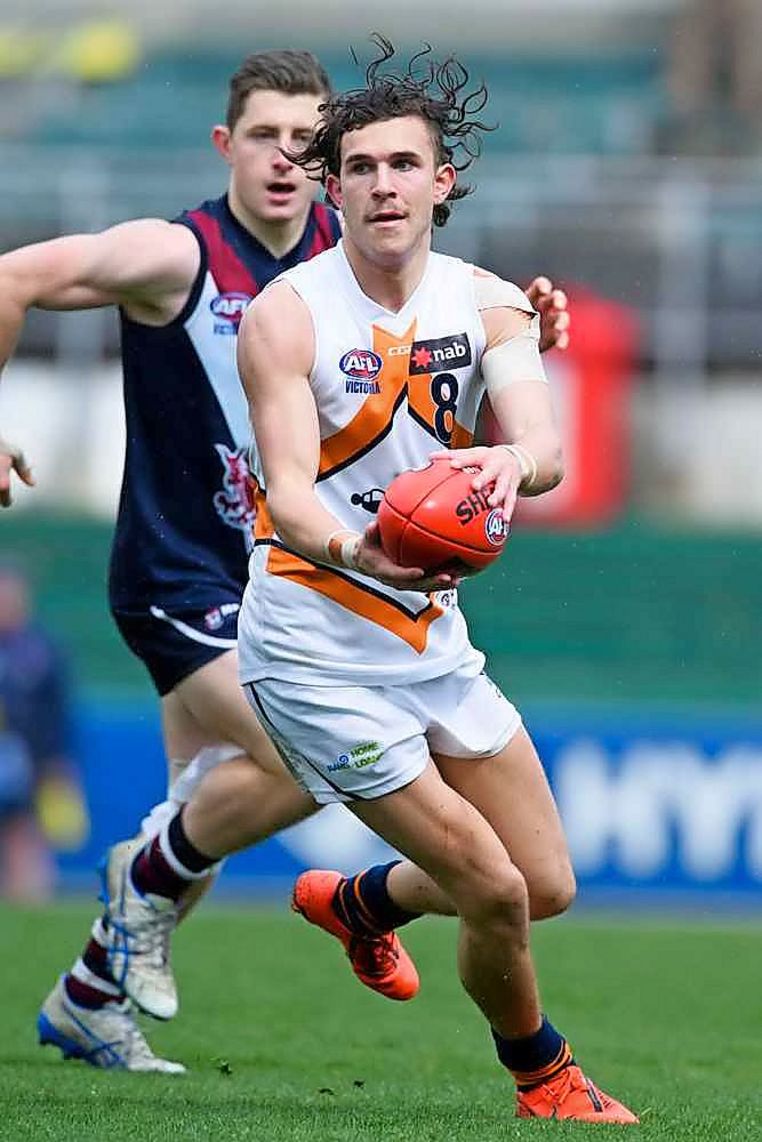 Tough inside midfielder Sam Ramsay will be a Blue in 2020 and beyond. A joint-winner of the Robert Hyde Medal (the Calder Cannons’ best and fairest), Ramsay was selected by Carlton with pick No.47 in the 2019 NAB AFL Draft. Starting the year in a role across the wing and half-back, Ramsay transitioned to an inside midfield role — and the results were immediate. In the final eight weeks of the season, Ramsay averaged over 31 disposals, establishing himself as a two-way midfielder that could win clearances, tackle hard and kick goals. Overcoming the disappointment of missing out on Vic Metro selection mid-year, his exemplary finish to his 2019 has been rewarded with the realisation of a dream. General Manager of List Management and Strategy Stephen Silvagni said Ramsay’s finish to the year could not be ignored. “Sam does a lot of things really well: he gets involved offensively, has good speed and gets his hands dirty,” Silvagni said. “When it comes down to it, it was his form at the end of the year where he showed what he’s capable of. His performances as an inside midfielder were really encouraging. “He knows how to find the footy, he’s a competitor and he’s good in traffic. We think he’ll relish the chance to work with and learn off some of our experienced midfielders.”

Ramsay was recruited from TAC Club the Calder Cannons with Gisborne FC being his junior club.

Unfortunately for Ramsay, his time at the Blues was massively impacted by COVID delays at the VFL and after 2 seasons on the list, the young man was let go. It was a real pity for the young man and fans alike, as he had shown a fair bit of hard running and skill in the VFL. One to keep an eye out for a second chance!

Sam Ramsay was signed by South Adelaide in the SANFL for the 2022 season, he would play in 16 games and kick a goal whilst playing with the Panthers.