This match was played on a Monday, which may have assisted in a record crowd at Punt Road turning up to watch this 15 point win over Richmond.

20,000 locked out in Punt Road crush
Fences collapsed and many people fainted in a wild crush at the Richmond and Carlton game. The Richmond ground has a capacity of 43,000 but 50,000 people tried to force their way inside. The ground was full an hour before play began. Police reinforcements were powerless to stop those still pushing and jostling to get in. A boundary fence went down. Spectators were fainting. Worried health officials ordered all gates to be opened to ease the pressure. It was then that several hundred frightened people tried to get out, colliding with thousands straining to get in. Police and ambulance officers rescued women and children, passing them overhead. Some of the crush alleviated when hundreds jumped the rails to sit around the edge of the playing field. Remarkably, no one was seriously injured. - 100 Years of Australian Football. 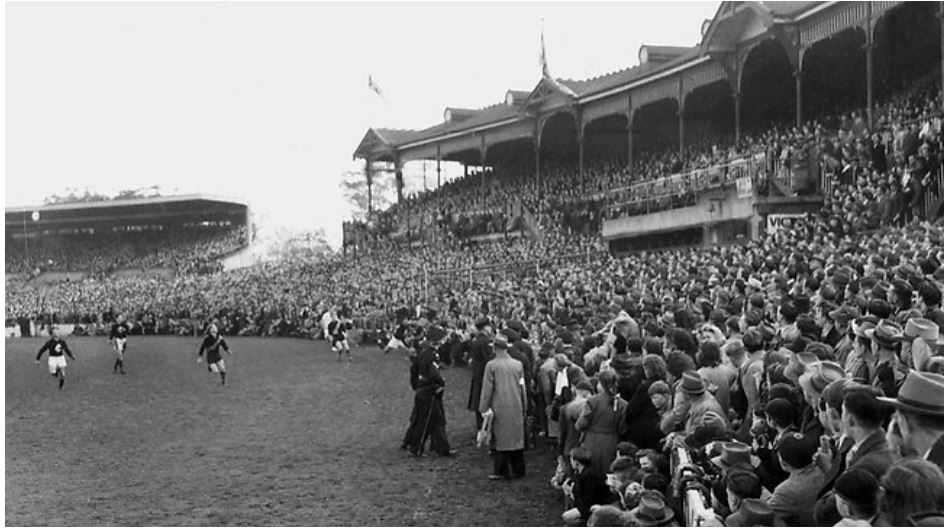 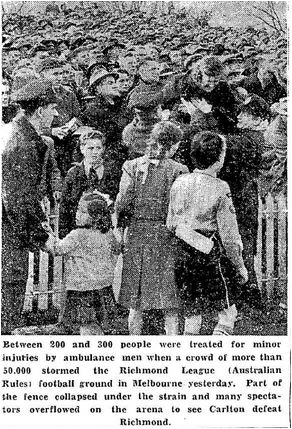