Despite Stephen Silvagni's 8 goals, Carlton went down to West Coast by 24 points at Princes Park.

For the second time during this season Stephen Silvagni scored 8 goals in this game, but he would only play in two of the next 10 matches. Fraser Brown was superb with 31 disposals, whilst Earl Spalding had a severe case of the kicking yips in front goal, finishing with five behinds (four of them in a row in the 3rd quarter in front of the Heatley stand) despite being one of the Blues' better players on the day. These misses all happened whilst we had a handy 15 point lead!! 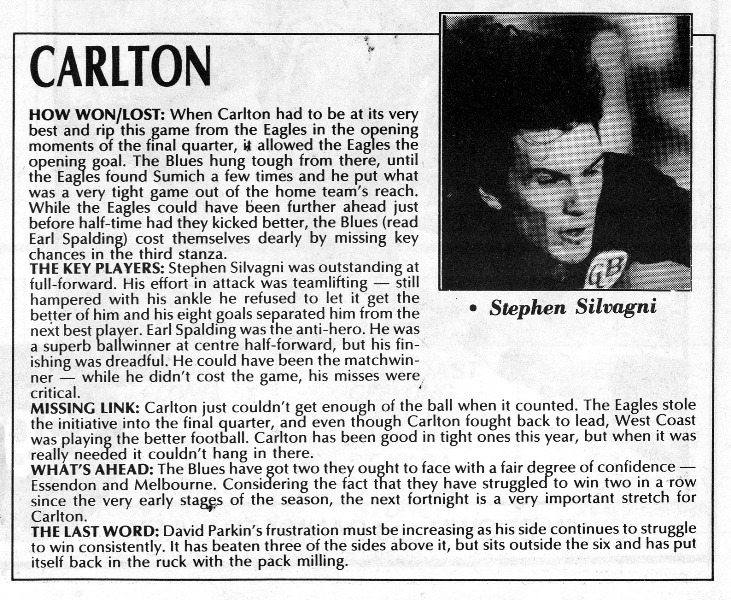