When Carlton (eleventh) met North Melbourne (tenth) at Princes Park in this round, both clubs knew their seasons were on the line. But after a fierce and even first quarter, the Blues got right on top and came away with a morale-boosting victory by almost ten goals. Busy rover Leo Brereton kicked 6 majors for the Blues, while youngster Wes Lofts added another three from centre half-forward.

Carlton climbed back to tenth on the ladder after this much-improved performance, still in with a remote chance of making the finals. 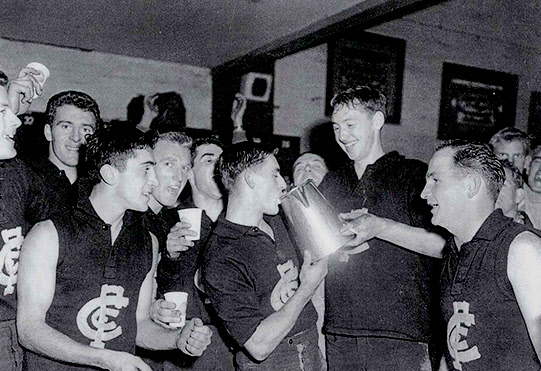