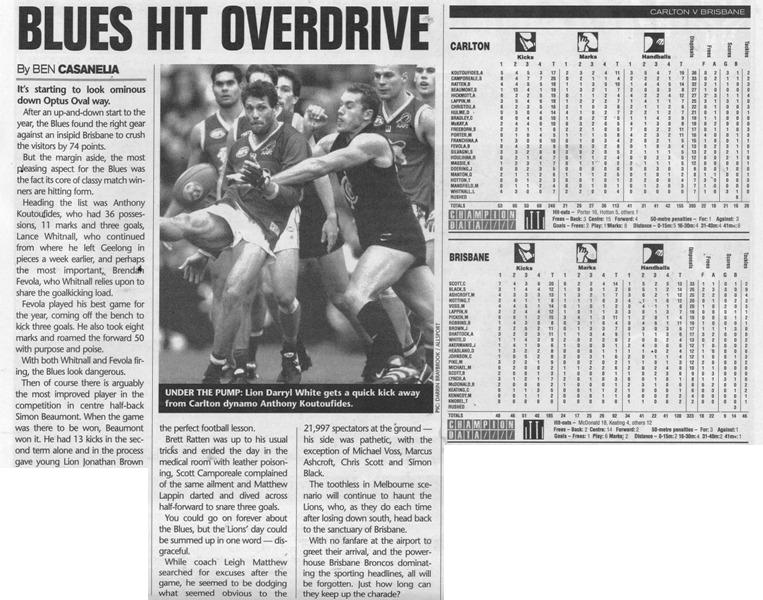 Click to expand
Carlton would score a comprehensive 74 point win against the Lions, who would be beaten so convincingly, it would spur them on to win all but one of their remaining matches that season, on their way to the 2001 premiership (the first of 3 successive premierships).

It was a very even contribution, but Anthony Koutoufides with 36 possessions and 11 marks, Scott Camporeale with 33 and 4 and Brett Ratten with 32 and 10 would dominate the midfield. Simon Beaumont had 27 and beat Jonathan Brown. Lance Whitnall, Koutoufides, Matthew Lappin and Brendan Fevola each kicked three goals.

This big win, the first time they had won two in a row all season, boosted Carlton's perecentage by 10% and sent them to 4th on the ladder.

Blueseum Footnote: This game has been selected by the Blueseum as one highlighting the career of Anthony Koutoufides. To read more, click here.