Carlton lost to Collingwood by 14 points at Victoria Park.

The many thousands of Blues supporters who travelled to Victoria Park for Carlton’s Match of the Day against Collingwood in round 8 expected vast improvement from their team - and they got it.
Six mounted, and seventeen policemen on foot we sent to attend the game. There was no trouble.

One gushing newspaper reporter called this “the finest game ever played,” as both sides provided a dazzling display of skill on the ground and in the air. The Blues hit the front by 4 points during the second quarter, but a late goal to home team restored the lead. The Magpies led by two points at half-time, and seven points at three-quarter time. Carlton goaled early in the last term to draw within one point, but couldn’t snatch the lead and eventually lost a cracker of a match by 14 points.

Collingwood full-forward Ted Lockwood was the difference between the two sides. His haul of five goals won the game for his team, and lifted him to equal second on the goal-kicking table with Carlton’s Joe Sullivan. Lockwood’s team-mate Ted Rowell headed the list with 21 majors, while Sullivan and Lockwood were both on 17.

After this round, Fitzroy (7 wins) Collingwood (6 wins) Carlton (5 wins) and Geelong (4 wins) made up the top four in a very even season. And in a real surprise, the much-improved St Kilda was next, sitting fifth with 3 wins and a draw to its credit. 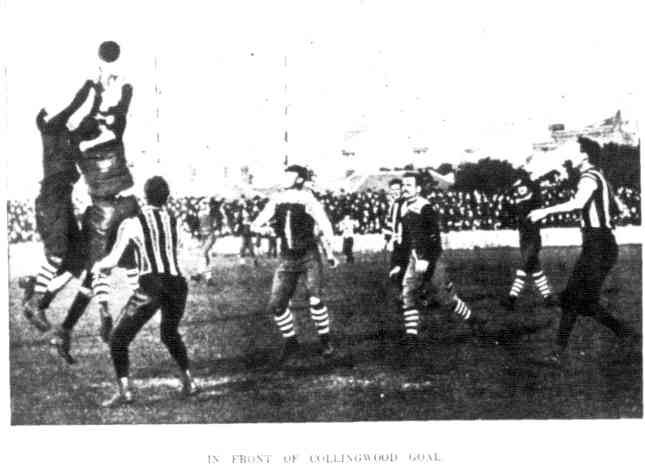 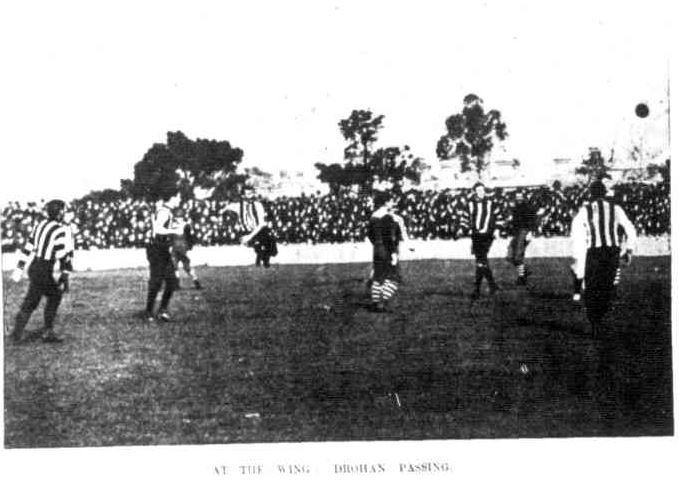 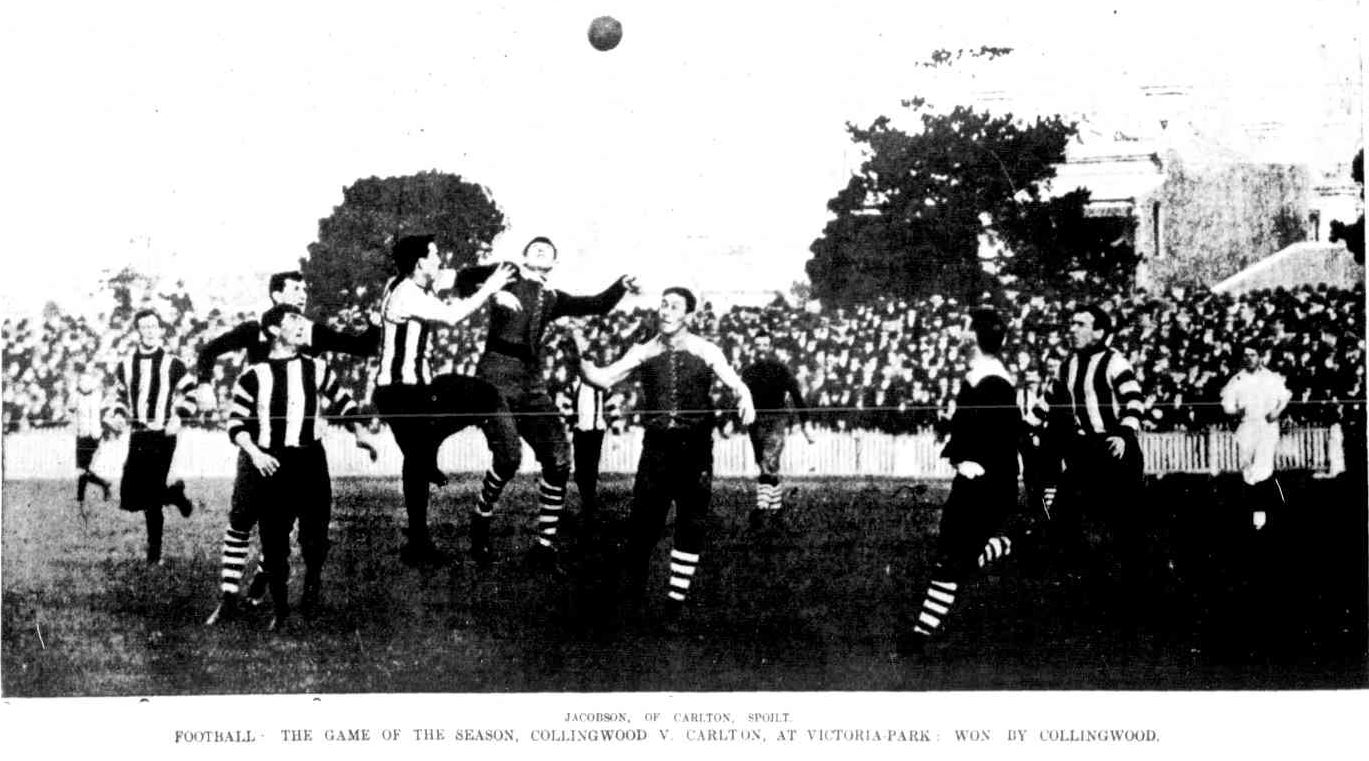 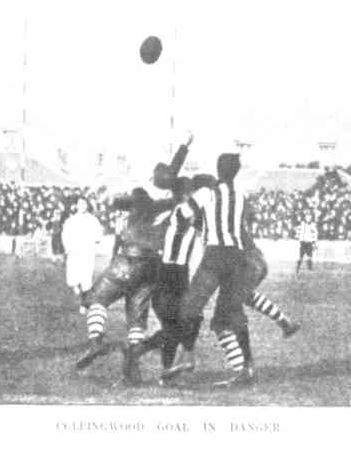 The rarely photographed, long-defunct place kick. Note the stripes on goal posts and flag on the behind post.
Image: Trove; Punch June 18 p14