Loading...
Round 7, 1969         Ron Barassi returned for one last game against his former club, and Carlton defeated Melbourne by 30 points at Princes Park.

Ron Barassi came out of retirement to play his 50th game for Carlton, to ensure that any future sons who made the grade would be eligible to play for the Blues under the father-son rule then in place. He took Barry Armstrong's place in the selected 20, but tore a hamstring in the third quarter and was himself replaced by Peter Kerr.

Ron Barassi was in the news during the week when he decided to come out of retirement and play one more game for the Blues to lift his game tally with the club to 50. The match was against his old club, Melbourne, and Carlton won 14.24.108 to 12.6.78 - Football Life.

Ron Barassi's surprise comeback appearance in the Blues line-up was one of the highlights for this round, although he was not named in the team the previous Thursday night. An injury compelled Barassi to retire from the field in the third quarter. He is not likely to play again. It was Carlton's sixth win in a row against Melbourne, but there was plenty of room for improvements in its display. - Football Record. 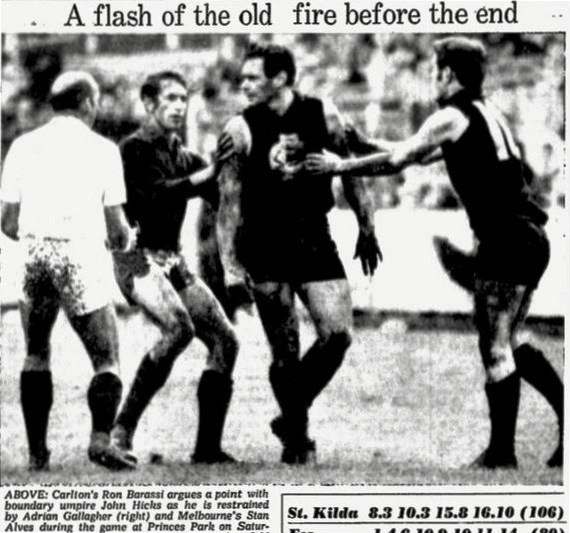 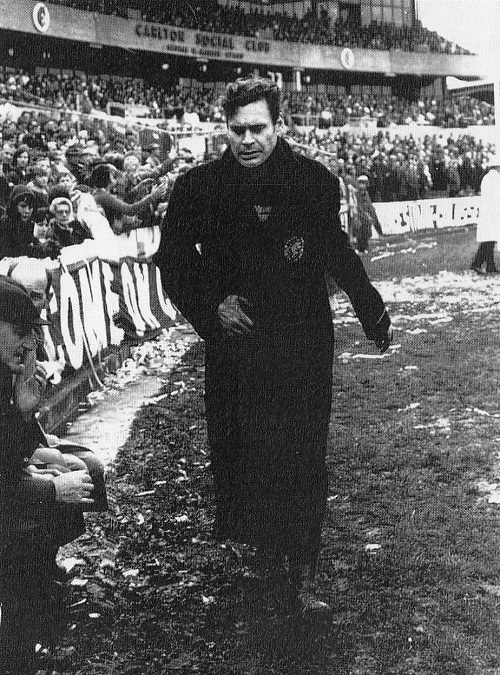 50th Carlton Game and Last VFL Game: Ron Barassi
Score Records: This was the first of 10 consecutive wins for Carlton, one of the best winning streaks in our history
Aggregate Scores: Carlton would score it's 100,000th point in this fixture, coming in game #1337 in the VFL / AFL competition.