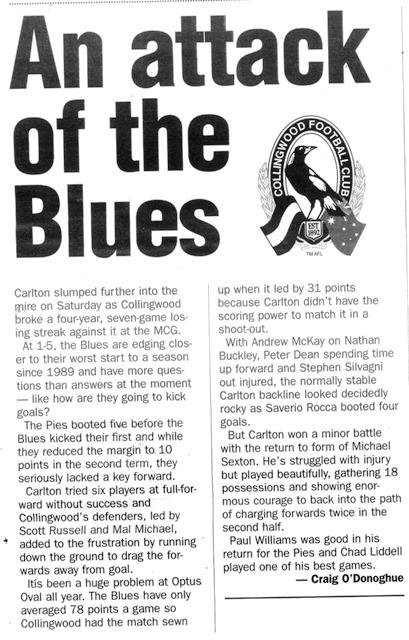 Carlton has made its worst start to a season since 1989 when it lost its first five games. The Blues have failed to score over 100 points in their past nine matches. The last time they kicked the 'ton' was in Round 19 in 1997 against the Magpies.

Collingwood defeated Carlton for the first time since Round 2 in 1994, breaking a losing streak of seven games against the Blues.