Another haul of 7 goals to 'Sticks' Kernahan sets up another big win - this time by 37 points over the Brisbane Bears at the 'Gabba. 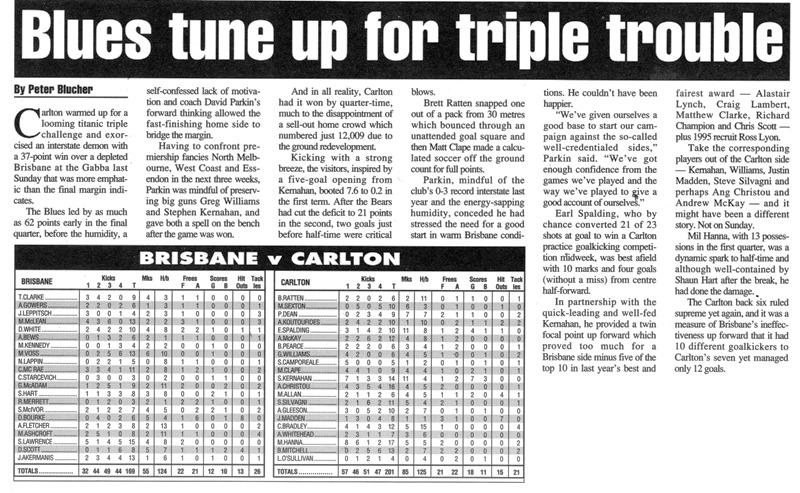 The era of expecting an easy game up in Queensland was almost at an end, as the young Bears hit their first finals campaign later on this year. It was a stunning run of wins as the season appeared to vanish before them that seemed to end the perennial struggle at the bottom of the ladder, under former Carlton Coach Robert Walls. At this stage though, the Bears were still largely second rate and unsupported – a crowd of 12,009 among the lowest the Blues would play in front of for the decade. 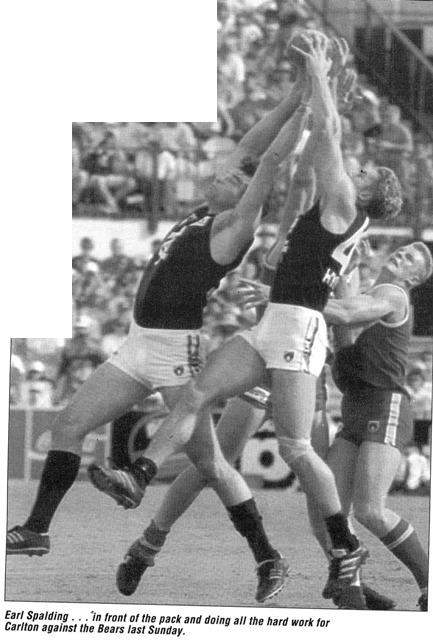 In this game, it would again be Stephen Kernahan who would lead the way with 7 goals 3 from 11 marks and 14 kicks, setting the tone of the game with 5 goals in the first quarter alone. But in this game he would be well supported by Earl Spalding with 4. Since coming over from the Demons, Spalding would be more famous for bringing the ball to ground, and perhaps more noted for being a dodgy kick. But in 1995 the Duke would somehow turn this on its end, and learn how to improve the direction of his kicking. Clape would again provide a nice foil forward role.