Captain Steve Kernahan's 10 goals lifts the Blues to a 98-point victory over Footscray at the MCG. 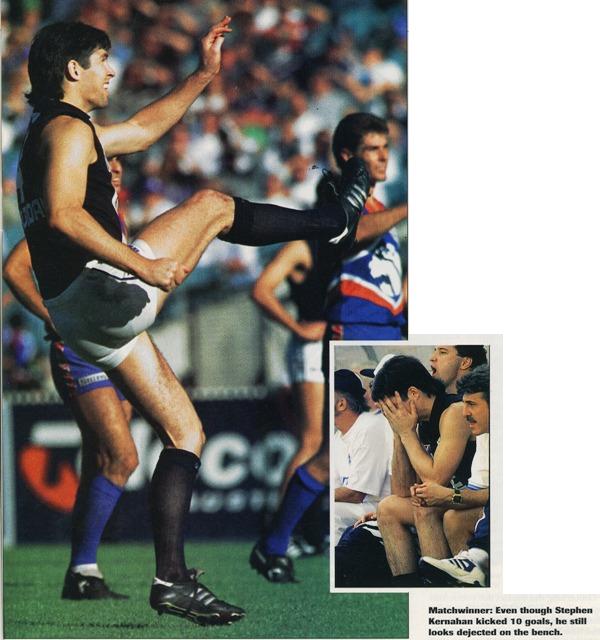 Captain Stephen Kernahan inspired the Blues to a mammoth win over the Bulldogs with 10 goals in this Round 3 game. Before the advent of uncontested possession-style of footy in circa 2005, another high number of possessions (381) demonstrated the dominance of our midfield unit of Williams, Gleeson, Ratten and Bradley.

But it was Kernahan’s 12 marks, and 10.7 that told the story of this game. He beat three opponents - Matthew Croft, Barry Standfield and Ben Sexton - in a near-faultless display of key forward play. 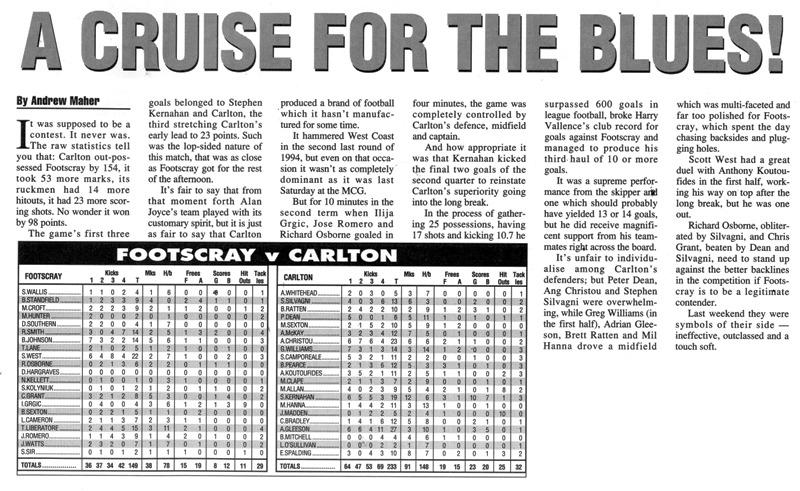 Big Sticks' Ten
Unable to play against Fitzroy last week and hampered by a groin injury, Stephen Kernahan was superb at full-forward for Carlton at the MCG today, kicking 10.7 against Footscray. The Blues skipper was unstoppable. First Barry Standfield, then Matthew Croft and Ben Sexton were tried on Kernahan, with Croft having another go, while Kernahan led and marked, picking up 12 marks and 25 possessions.- 100 Years of Australian Football (1897 to 1996).