Carlton defeated Melbourne by 39 points at the MCG.

The Blues prospects for a victory in the match looked strong going into the game, because Melbourne were still trying to settle on a senior side, and had included five players making their debuts; Harris (from St. Kilda), Cape (a handy wingman from Port Melbourne), Hunt and Johnson (both from Bendigo), and Warren.

Carlton started strongly in the first few minutes of the match, but only managed three behinds, and answering goals to Melbourne through Gardiner, two to Leith (who had started in his old position in the forward line rather than in defence where he had been playing recently) and then Coutie gave the Fuchsias a 4-goals to one quarter-time lead. This marked the third week in a row that Carlton had got off to a slow start, a cause for concern for the Blues as they tried to defend their 1906 Premiership.

The Carlton team found its feet in the second term, and started to dominate proceedings. "Carlton romped over the Reds - never gave them a chance to score a point. They were superior in height, superior in weight - had a ruck which was always able to do much more than hold its own; were almost supreme on the wings; and, to add to their many advantages, were handled by a cool, watchful leader, who never let them miss a point for want of direction. Melbourne stuck to a hopeless task gamely, and the play, always fast, was occasionally on the rough side, with one or two incidents that may possibly be the subject of further inquiry" - The Argus, Monday Mat 13th, 1907.

Carlton's proficiency in the second term, saw them add 5.6, while the Fuchsias were held scoreless. A bright point for the Blues was the improved form of forward Frank Caine, who had been in indifferent form for the first couple of weeks in the season. He bagged three goals before half-time with "towering punt kicks" and was instrumental in turning around a 17-point quarter time deficit into a 19-point half-time lead.

The match only got rougher in the second half - "The match was not as pleasant as it should have been between old rivals and friends, the weight being used a bit too freely after the half-time interval. Parke got a knock which seemed to leave him partly dazed for the rest of the match, and Onyons was so nearly hors de combat that he was of little use to Melbourne".

In the third term Carlton still dominated, and a rare Melbourne goal to Coutie towards the end of the quarter gave the Melbourne fans their only joy. While the Blues ran away with the rest of the game, the Reds could hold their heads up, for while they didn't hold their own on the scoreboard, they never gave up trying until the final siren.

For the Blues, Bruce and Kennedy dominated on the wings, and Caine finished up with 6 goals in a starring performance. Marchbank, Flynn and Elliott were also rated in Carlton's best players for the day.

So after two good wins in three rounds, Carlton sat second on the ladder behind the undefeated St Kilda, with Essendon and South Melbourne making up the four. ‘Silver’ Caine’s big bag of six goals lifted him to the top of the goal-kicking table with 8 majors – one more than Jimmy Matthews of St Kilda.

At the end of this round Carlton were in 2nd spot on the ladder with a percentage of 136.9. 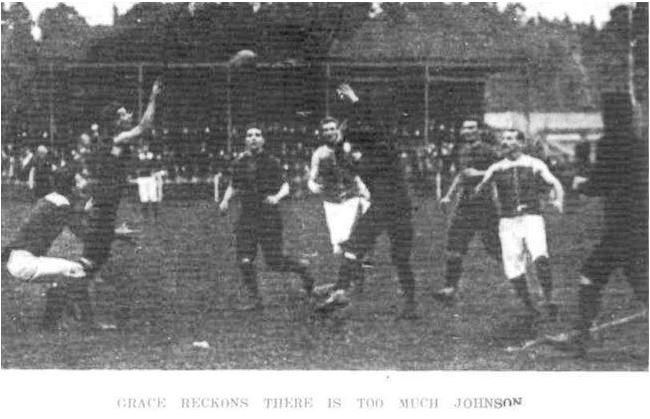 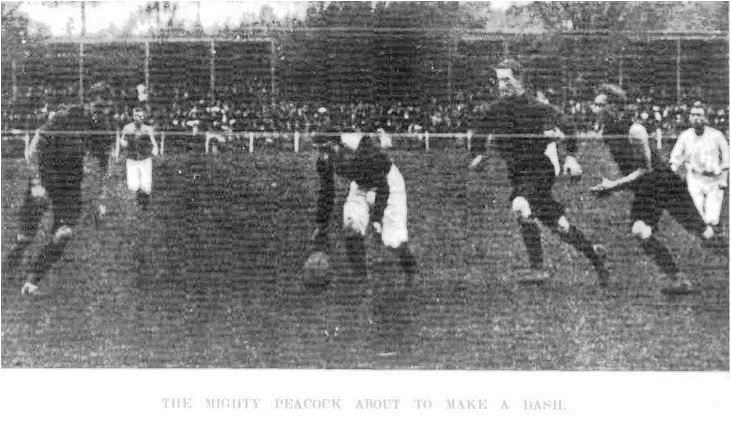 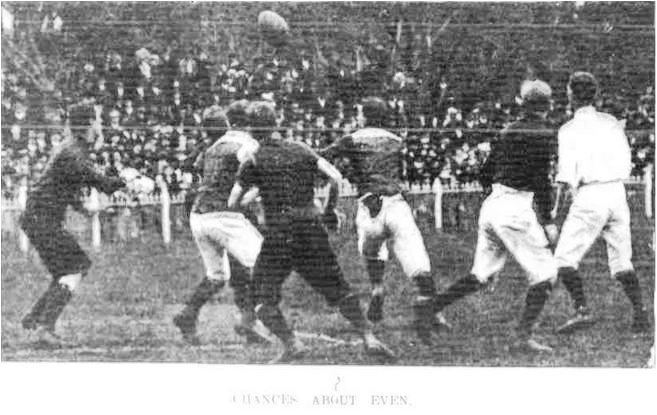 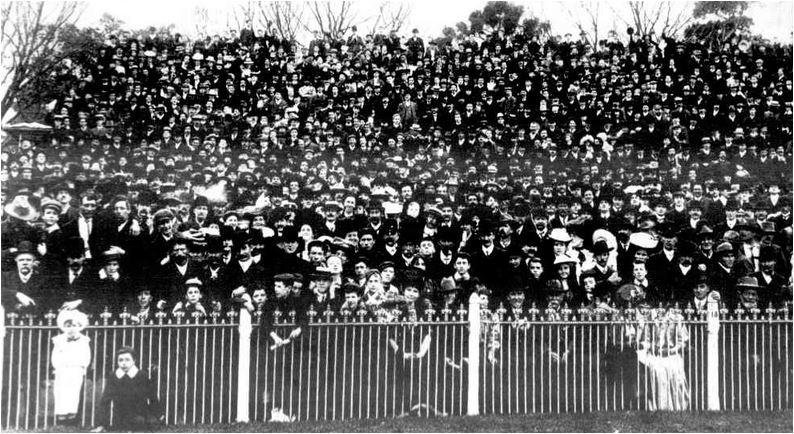 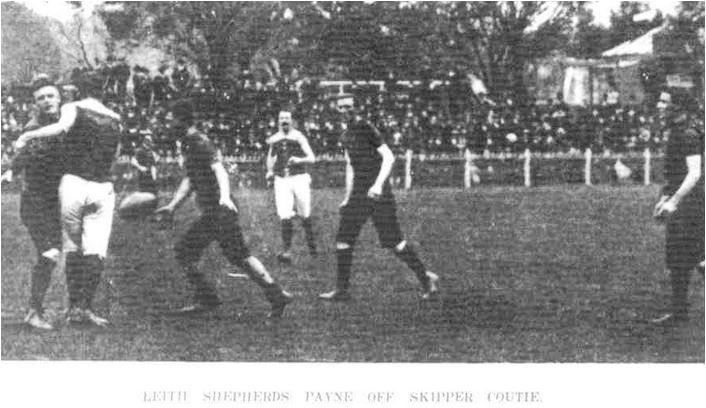