Inspired by Brent Crosswell, Carlton charged back from a big half-time deficit to beat Collingwood by 19 pts at Princes Park, on a bitter-sweet day for the Blues. 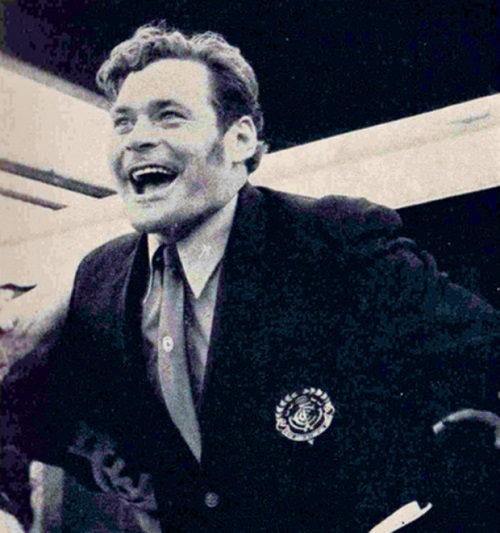 This extraordinary match between the League’s fiercest rivals was memorable for many reasons, including the retirement afterward of three iconic Blues in dual Premiership coach Ron Barassi, champion ruck-rover Sergio Silvagni, and future AFL administrator Ian Collins. As well, 1970 Premiership defender Barry Mulcair and former Richmond star Bill Barrott both finished up on this cool and sunny afternoon at Princes Park, as Carlton dominated the game after half-time and beat Collingwood by 19 points.

In circumstances similar to the 1970 Grand Final the entire Carlton team played poorly throughout the first half, and trailed the Magpies by 42 points at the long break. But after a heated clash in the rooms between Barassi and the headstrong Barrot - who tore off his jumper and quit on the spot – Carlton kicked 13 of the last 16 goals of the game and snatched victory well before the final siren.

Carlton’s saviours were Brent Crosswell, and 19th man Bryan Quirk. Quirk replaced Barrot, and sparked his team to victory with his dominance across the centre of the ground. Crosswell was switched to full-forward and marked everything that came his way in the third and fourth quarters, kicking five individual goals and having a hand in as many more on a bitter-sweet day for the club.

Although this was Carlton’s 14th win for the year, the Blues wound up fifth on the ladder, and missed out on a finals berth by two points. 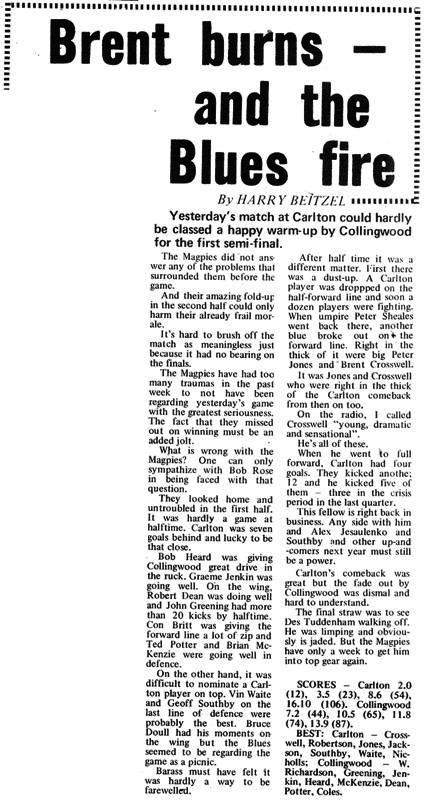