Carlton edged out Sydney by 9 points in a goal-fest at the SCG. 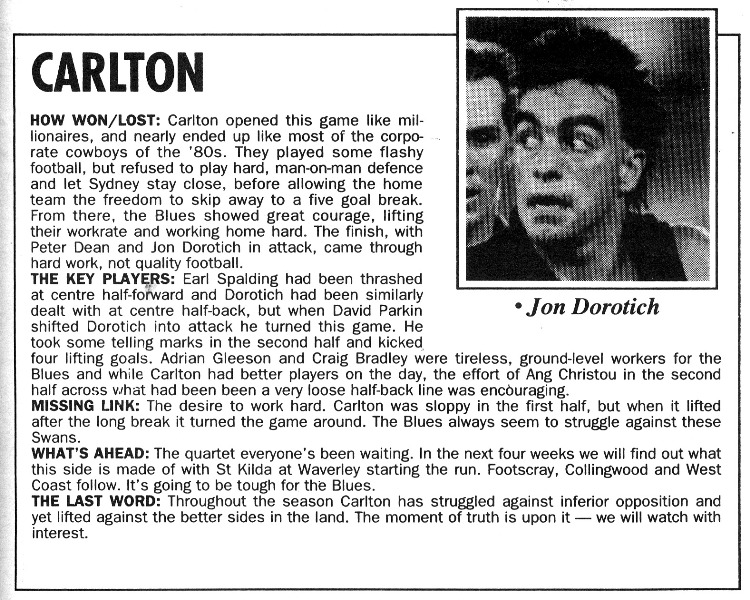 In this open, entertaining match on a Sunday afternoon at the Sydney Cricket Ground, the home side kicked eight goals in the second quarter to set up a 19-point half-time lead. But sparked by their captain Stephen Kernahan and key defender Jon Dorotich, the Blues finished the match with a withering burst of 7.1 in the last term to edge out the Swans by 9 points. 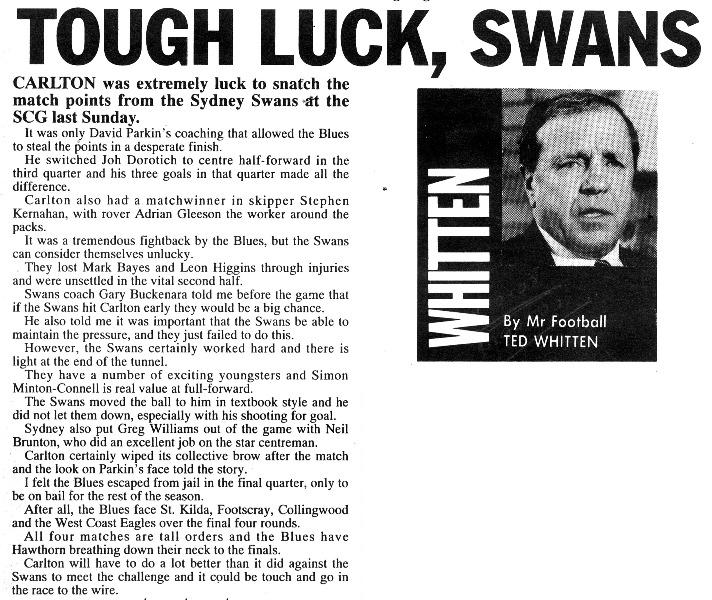