South Melbourne showed their best form for the season when they got to within one point of Carlton twice in the third term and finished up kicking their best score against the Blues since 1970 - 12 matches. It was their 14th century against Carlton in 78 years and the first time the Blues had had two succesive centuries kicked against them (by Haw. previous week) since last year, when the same two sides did it. - Football Record. 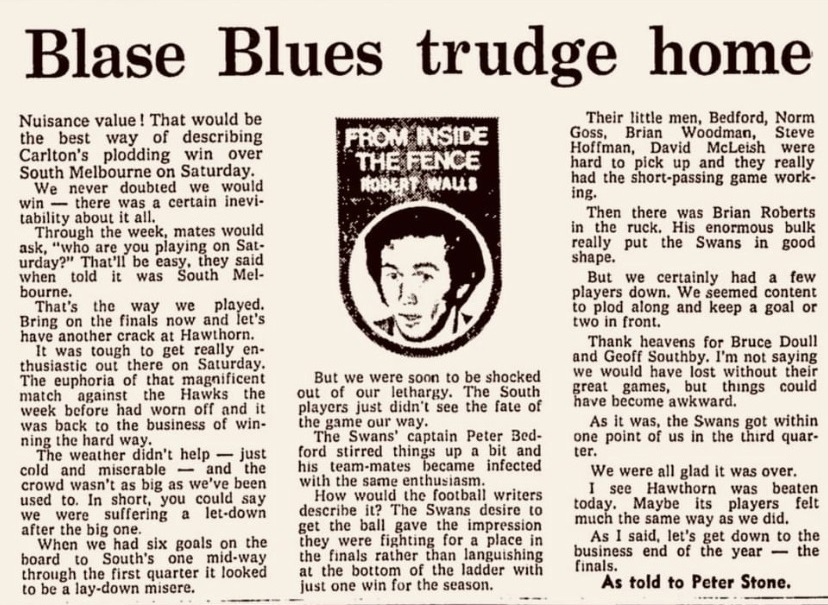