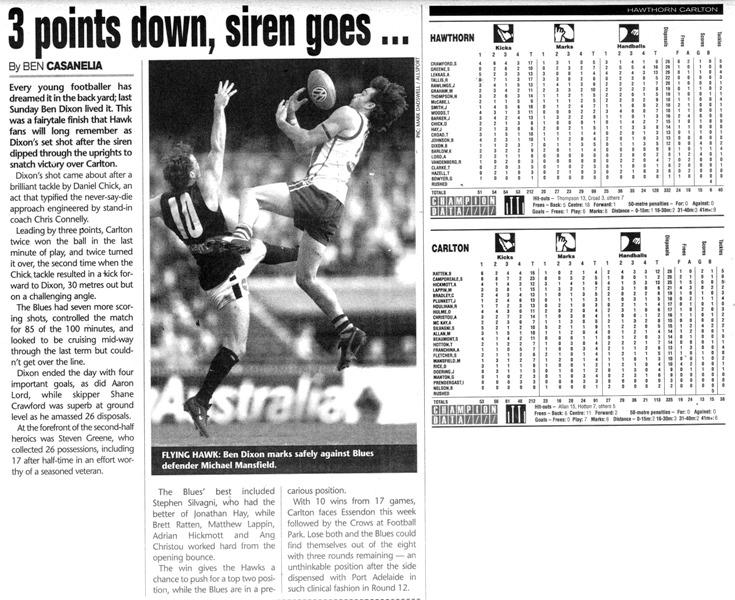 Click to expand
Carlton were in control of this game for the bulk of the match and were 20 points up at the final change. Coach Wayne Brittain was not dissatisfied with the commitment shown by the Blues and believed they were the better side on the day but the Hawks effectively stole this game with a goal after the siren.

The loss would cause Carlton to fall from 4th to 6th on the ladder.

200 Goals: Stephen Silvagni
Debut: Ian Prendergast, who would take a trip to hospital during the course of the match to have his dislocated finger attended to, yet still return to the field to complete the match.