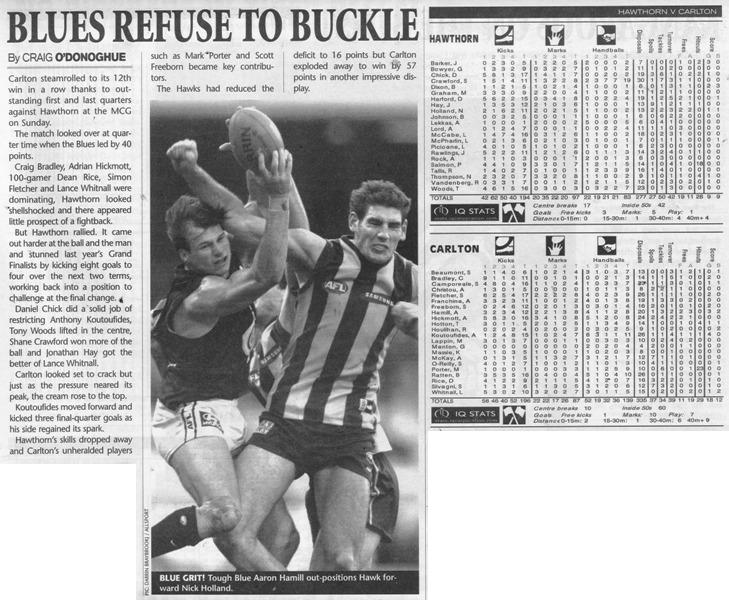 The Carlton and Kouta shows continued with this strong win at the MCG.

By this time Anthony Koutoufides was in such rare form he was unstoppable. In the last quarter Kouta was asked to play full forward and given the whole 50 meter arc as his playground. His opponent Daniel Chick (who was also in career best form) looked undersized & frankly lost against the power & agility of Kouta who quickly quashed any chance the Hawks thought they had of winning.

Craig Bradley: This round saw Bradley overtake John Nicholls in games played in the famous navy blue guernsey. Nicholls played 328 games, now that Bradley has just passed this mark, there is only the great Bruce doull on 356 games ahead.
100 Carlton Games: Dean Rice
100 Goals: Aaron Hamill

Carlton would not beat Hawthorn again at the MCG until Round 10, 2021, ironically this was the day that future gun Blue Sam Walsh was born and he would star in this game with 30 possessions and be listed as one of the Blues best.