Carlton lost to Footscray by 4 points at Princes Park.

Despite a dominant last quarter by the Blues, fifth-placed Footscray held on to win this match by four points. Boom forward Les Allen (who had kicked 87 goals in only 29 games) was held goalless by the Bulldogs, and released to play for North Melbourne a few days later.

At the end of this round Carlton were in 3rd spot on the ladder with a percentage of 124.7. 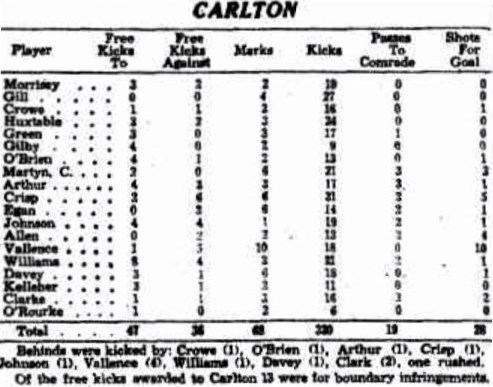