The Blue juggernaut continued on with this win against the Lions, with Lance Whitnall scoring a career-high 9 goals, and Kouta adding another three from 33 disposals. That 'other' juggernaut of 2000 - the Essendon Bombers - remained unbeaten at this stage of the year, (indeed they would only lose once all season) and sat three games clear of Carlton at the top of the ladder.

In the week prior to this match, Brisbane's Jarrod Molloy predicted to the local press that not only would he pick up the in-form Lance Whitnall but that he'd beat him pointlessly. Whitnall responded by waltzing around, over and through Molloy all match, and finished up with a mammoth nine goals to his credit.

Ironically, the pundits had Brisbane entering this game as favourites ontheir home turf, despite Carlton having won their previous ten games. 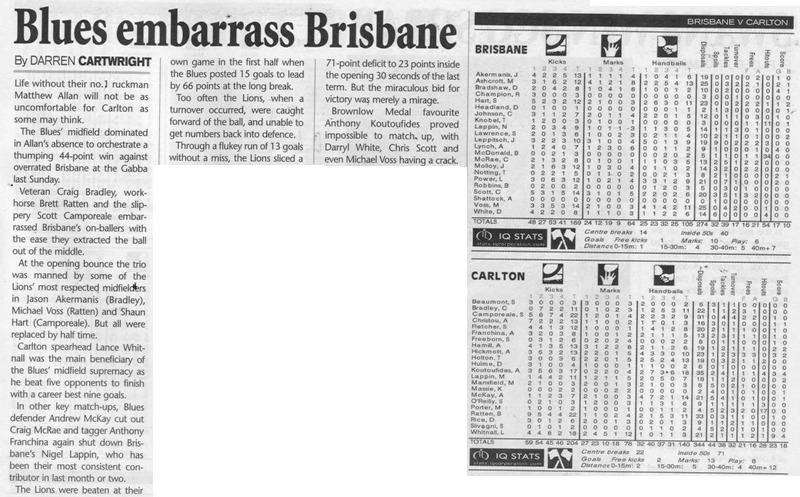 Score Records: This would be Carlton's last win at the Gabba until 2008.