In his 50th game, rover Archie Snell kicked Carlton's only goal in this abysmal loss to Melbourne at Princes Park. On a cold and wet Melbourne Saturday afternoon, the Blues ceded control of the game to the Fuchsias after half-time, and managed only three behinds in the last two quarters.

Amid a turbulent season, the 1904 Premiership was once again becoming an unlikely dream.

It was believed that the Blues twice wore a sash on their guernseys in 1914 against Fitzroy. So far, no image* has surfaced of these 'sash' guernseys.
However, there is evidence that Carlton wore a clash guernsey at least as far back as 1904. (See photos below)
Melbourne's jumper was dark blue with a red stripe running down the front alongside the lacing. So it would have been very difficult to distinguish between the two teams. Maybe Carlton or Melbourne wore a clash guernsey against each other on more then one occasion?
.* December 2015 : The Blueseum has now obtained images of the 1914 games against Fitzroy - see Guernsey History or Round 14, 1914 and Semi Final, 1914 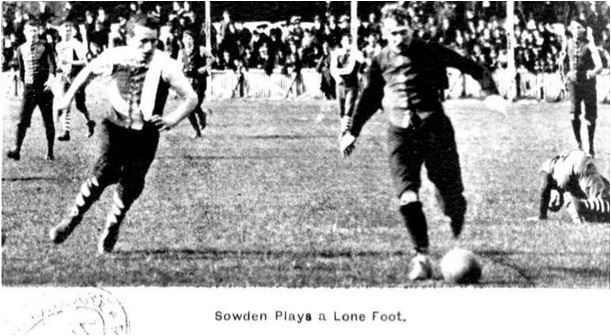 Note: One of the earliest mentions of Footie/Footy 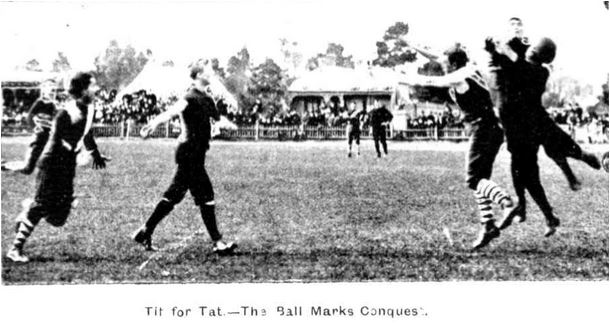