The late withdrawal of Jezza meant this match lay in the balance for much longer than might otherwise be the case. Carlton held sway through the mid-field with Big John and Swan dominating the rucks and new hero Bill Barrot (hated by all true Carlton supporters when he wore the despised yellow and black) continually pumping us into attack. But the forward line was ineffective, partly due to a very poor conversion rate.

The Blues led by just 5 points at orange-time despite an advantage of 23-13 in scoring shots. However improved goal-kicking in the last quarter allowed the good and the just to best the evil Demons by a comfortable 16 points. 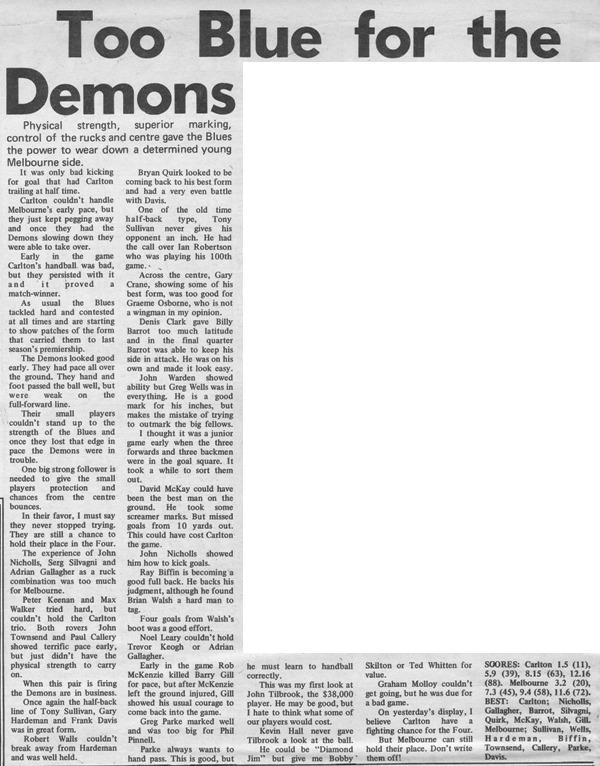