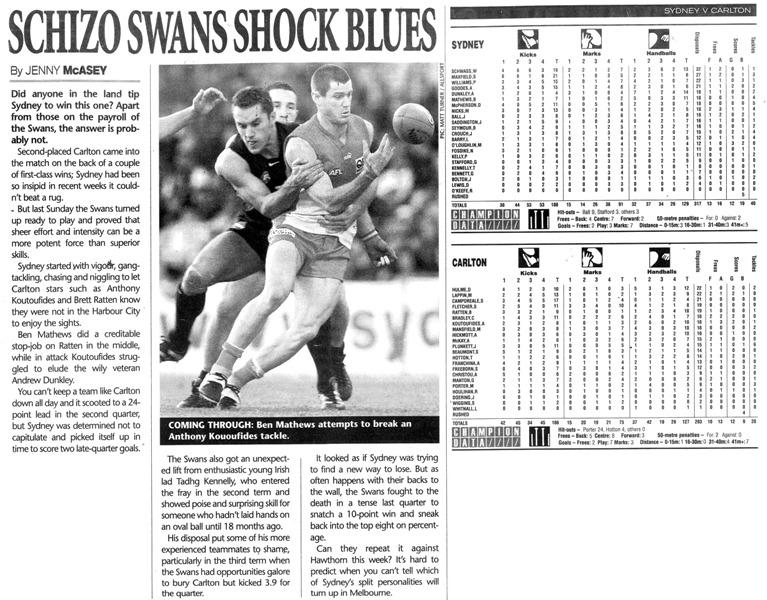 Click to expand
Carlton would appear to be in control of this game early but after losing Whitnall to a knee injury, the Swans gradually got on top and ran out 10 point winners. Their fierce tackling and harassing pressured Carlton into uncharacteristic errors. If not for inaccurate kicking by Sydney, the margin could have been greater. 3 goals 9 to 2.0 in the third quarter allowed the Blues to stay within 3 points at the final change. The lead changed several times in the final quarter but the Swans eventually pulled away to run out 10 point winners after goaling on the siren.

Craig Bradley and Matthew Lappin would kick clever goals from the boundary line, while Trent Hotton and Anthony Koutoufides would also score goals from kicks that miraculously dribbled through. They were the key goal kickers along with Darren Hulme with 2 each. Hulme and Lappin were the leading possession getters with 22.

The loss would drop Carlton to 3rd position on the ladder. It would appear that even when we were a top of the ladder team, it would be difficult to beat the Swans at the SCG.

-*late change in selected side Doering for Silvagni