After subduing Tony Lockett earlier in the season, why coach Parkin chose not to move Jon Dorotich onto Paul Roos who was causing havoc in the third quarter is anyones guess because it ultimately cost Carlton the game. 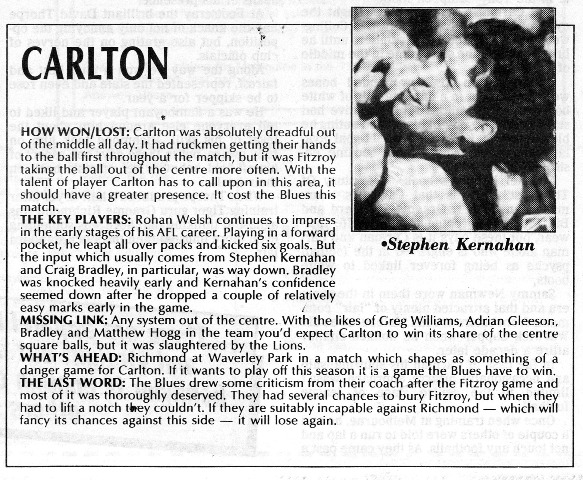