A massive 8 goal last quarter put the sealer on a percentage-boosting win providing Carlton with a 79 point margin in this home game.

The Blues 5th straight win pushed them to 5th on the table and into a potential finals berth.

"Tiger" had little chance of escaping his charge of striking Rex Hunt (who had only recently crossed from Tigerland) considering he was reported by field, boundary and goal umpires. My personal opinion is we'd all be better off if he'd hit him a lot harder!


Carlton thrashed Geelong in a power-packed exhibition although they had several star players missing and still came out to kick their highest score since the 1972 Grand Final. It was the highest score booted against Geelong since Round 17 last year - by any team. The win gave the Blues five in a row - and they have not equalled this since the opening five matches of last season. The Blues now appear to have re-gained their 1972-73 form, following their fourth successive win over the Cats at Princes Park. - Football Record. 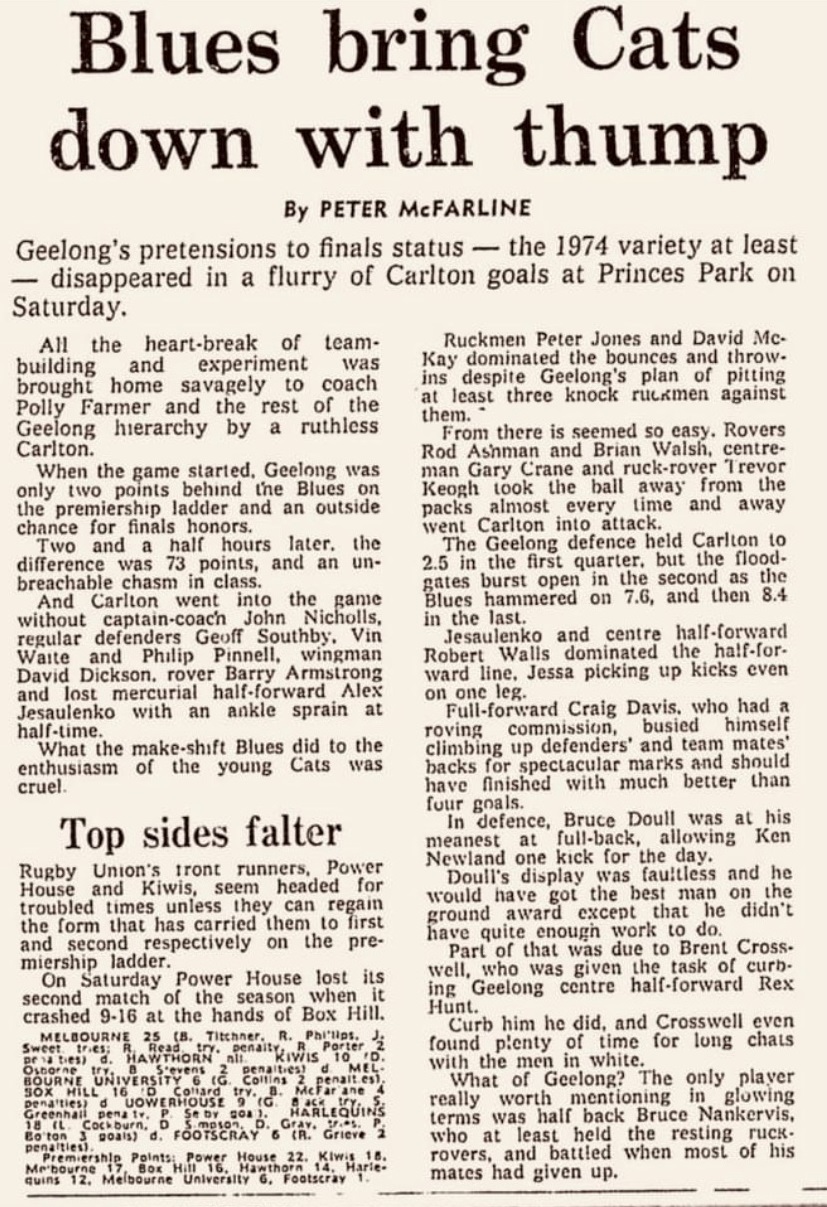