After 2 horrendous losses Carlton's season was on the line. Fitzroy were a reasonable team but unless the Blues showed some vastly improved form any dreams of repeating the 1970 heroics would be just that - dreams.

The Blues shot out to a 4 goal lead and appeared likely to career away. The Lions refused to be brushed off however and fought desperately, getting within a goal early in the last term. The Blues steadied to run out 15 point winners but the jury was still out.

In this game, Carlton coach Ron Barassi and Fitzroy coach Graham Donaldson famously agreed to play with with a 50-yard square marked out and only 4 players permitted to be in it for the centre bounce. By 1974, the VFL had been encouraged by these two pioneers and employed this rule as permanent. 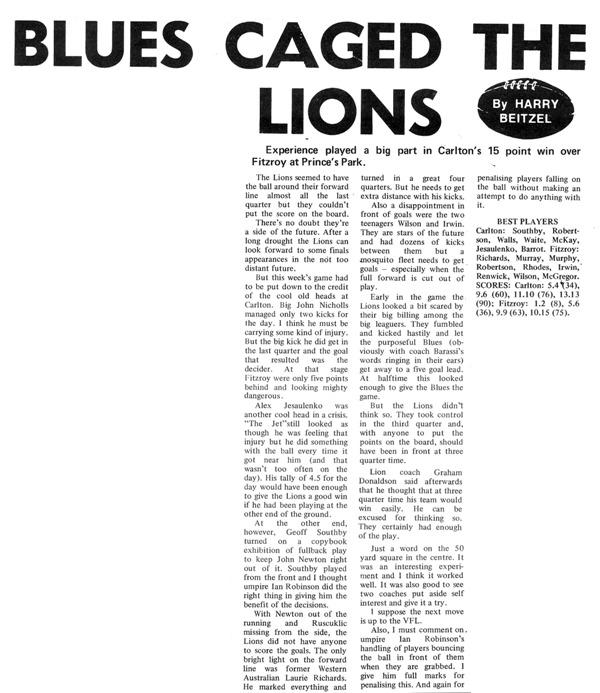 Debut and Only Game : Daryl Gutterson