Carlton defeated Collingwood by 29 points at the MCG. Camporeale and Clape on debut in Stephen Kernahan's 200th match.

In Stephen Kernahan's 200th game, Carlton started their stellar 1995 campaign with a solid win over the Magpies in front of another huge crowd of 87,000 at the MCG. After our poor final series in 1994, Carlton had a point to prove - not only to our traditional enemy, but also to the majority of media commentators who considered our list well past its best.

Certainly it was the old firm that underpinned this first-up win, with Andrew McKay solid off half-back, Greg Williams clearly on top in the middle and 'Kouta,' Fraser Brown and Craig Bradley in and around the packs providing impetus. But early draft selection Scott Camporeale and former West Coast Eagle Matt Clape were both revelations. ‘Campo’ earned 19 possessions off the wing, and Clape topped off a fine team game with three goals. Then there was one of the more pivotal, but understated changes of the year; the return of Brett Ratten to the midfield on a permanent basis. 'Ratt's' ability to cut his opponent out of the game, yet still earn 20 or more quality possessions was to prove one of the key factors in Carlton's drive to the 1995 flag. 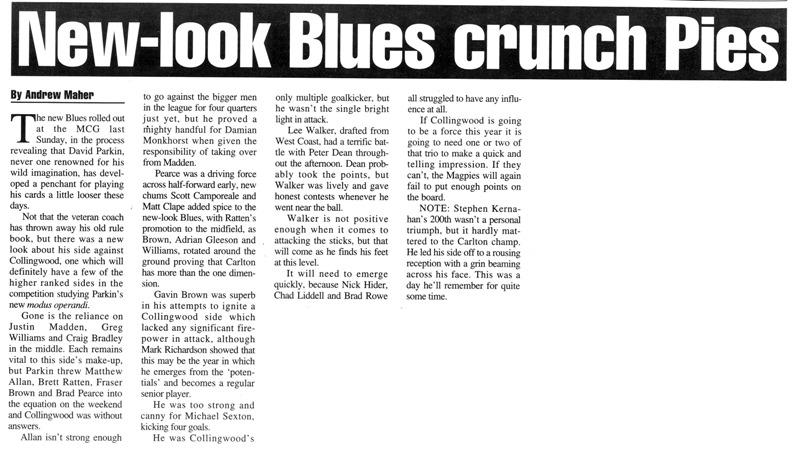 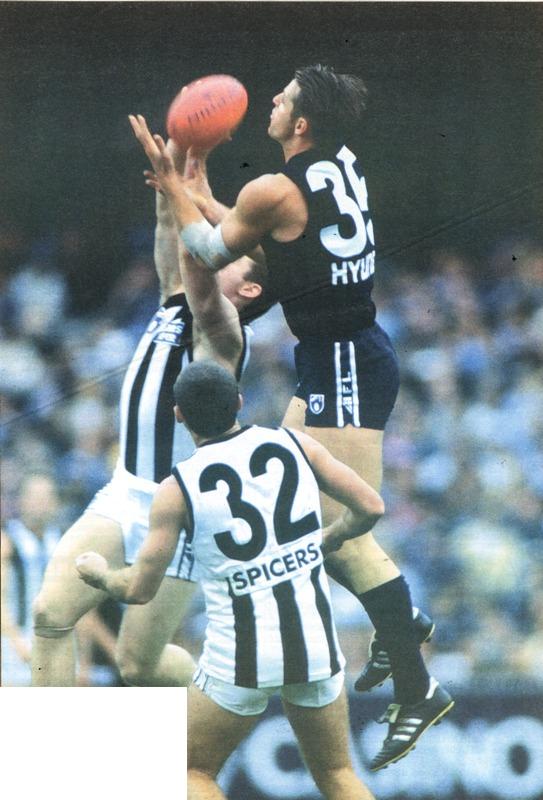