Forward Alex Jesaulenko would match the feats of Carlton Full Forwards Ken Baxter and Harry Vallence to become the third Blue to kick 9 goals in a game against the Bombers, a Carlton record. Considering Jezza also scored 6 behinds it would seem he could easily have become the first Blueboy to bag double figures against the Bombers.

Several Essendon stars went on strike and didn't play in this match including Barry Davis and Darryl Gerlach.

Despite Carlton's success in this era, this team was one of Carlton's youngest ever teams, with an average age of 22 years, 147 days and was playing 6 teenagers who were Barry Armstrong, Brent Crosswell, Bruce Doull, Phil Pinnell, Robert Walls and Brian Walsh. 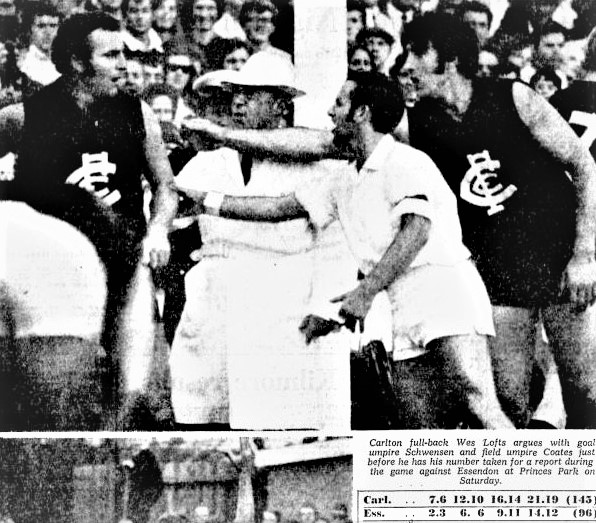