Brilliant Tasmanian Brent Crosswell made his debut for the Blues in this emphatic victory over Geelong.

Finally Carlton won a match that was played on a Monday! Wes Lofts lined up at full-back for Carlton, with Ron Stone at centre half forward (each was selected in the opposite position). Both defences were on top early - Scarlett, the Cats' replacement for West at full back - was giving Kekovich a torrid time. At the other end of the ground, Lofts was in great form in his natural position, and Doug Wade found it hard to get into the game. At the first change Carlton trailed by 5 points. 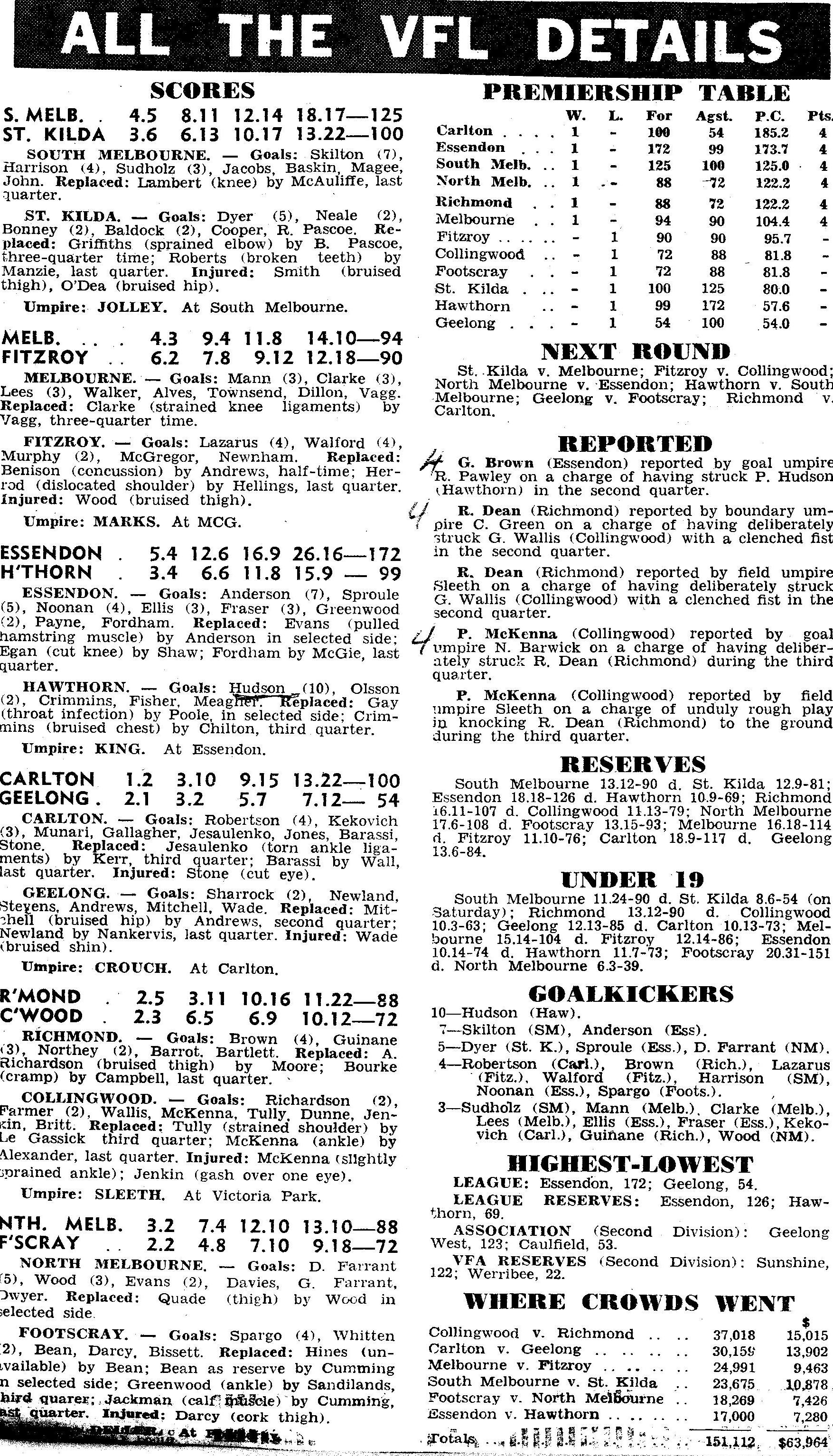 The second quarter saw a more determined effort by both sides. Carlton's forwards couldn't capitalise on some great play across the half-back line, where Kevin Hall completedly smothered Geelong's dangerous John Sharrock. Carlton took the honours up forward, but both Jesaulenko and Kekovich were wayward in shooting for goal, although at half time Carlton led by 8 points. Geelong were missing their champion ruckman Polly Farmer as Nicholls took control at the ball-ups. He was very ably backed up by Peter Jones; a greatly improved player.

In the third quarter Carlton rammed on six goals to two, and Geelong's forwards missed easy shots. Kevin Hall, who was a great all day, continued to blanket Sharrock and Geelong were forced into changes; Sharrock went to full forward, where John Goold picked him up, and Lofts followed Wade into the ruck. Bob Edmond, playing his first senior game in defence for Carlton, beat Geelong's Newland early, then took on Bill Ryan and continued to repel Geelong attacks. Overall, the Cats' changes didn't work, and Wade returned to full-forward, before Sharrock kicked a great angle goal from the pocket on his wrong foot to give Geelong some heart.

Ian Robertson was superb in the last quarter for the Blues, kicking three goals - two from 50 metres out on the run. Carlton added another four goals, and ran out the match as the far-superior team.