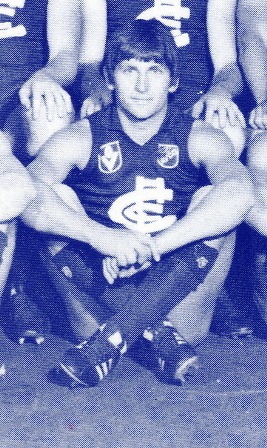 
Recruited from Pascoe Vale and then Paramount, he later graduated from the U/19s; wearing guernsey #35 and standing 179cm in height, Halsall played 2 games and kicked 2 goals for Carlton after debuting in 1978. His senior career consisted of two consecutive rounds and under two different coaches.

Halsall headed to VFA club Coburg where he played in their 1979 premiership team. In 1979 Peter Halsall would head to Coburg in the VFA where he played 58 games and kicked 117 goals which in anyone's language was a very good career with the Lions.