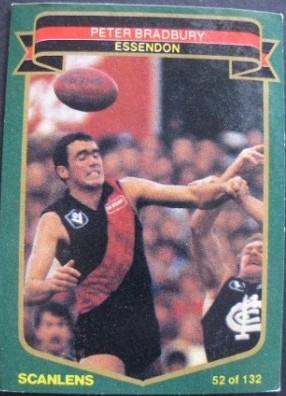 Bradbury was recruited from Kilsyth.

Bradbury later played for Essendon including their 1984 premiership, in total he played 49 games and kickes 19 goals for the Bombers from 1983 to 1986. He was cleared to Collingwood where he played from 1986 to 1987 and managed a further 23 games and kicked 6 goals.

1987 2nd Semi - Ken Hunter takes a courageous mark running with the flight of the ball.