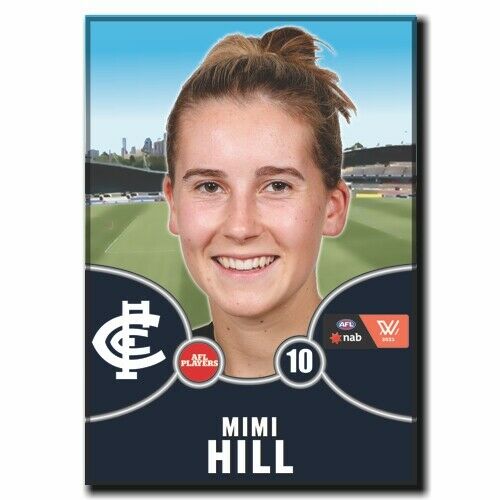 Mimi Hill was selected at pick No.12 in the 2020 NAB AFL Women’s Draft, being recruited from the Oakleigh Chargers. Highly regarded by her coaches, Hill is a hard worker and natural leader as shown during her NAB League career. The youngster’s speed and class with ball in hand will be welcomed by the Blues, as well as her clean hands and developed craft around stoppages. While Hill has played the majority of her footy on the wing, she can also transition across half back, making her a powerful utility player for the Club.