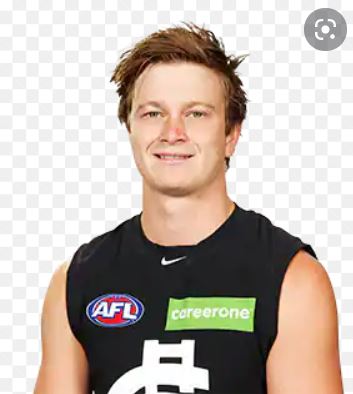 Victorian Liam Sumner seemed to have beaten the odds when he was recruited by Greater Western Sydney with selection 10 in the 2011 National Draft. Sumner a 179 cm midfielder with electric pace and sure hands, he had clawed his way up through the junior ranks despite often being looked upon as too small for AFL football.

Beginning his football journey with St Pauls, McKinnon, Sumner was recruited by the Sandringham Dragons in the elite Under-18 TAC Cup competition as a 16 year-old, where his ability was soon obvious, but the jibes intensified. “I had been given those hints (that I'm not big enough) throughout my whole footy career,” he said at the time. “Going to the Dragons, I was told I was too small and probably not quite up to the standard. I went away from that thinking well, I just want to prove everyone wrong.”

And indeed he did. Liam’s 2011 season for the Dragons was outstanding, leading to accurate predictions that he would be an early selection in the draft. Sure enough, GWS called his name at number 10, and the excited youngster left Melbourne’s outer eastern suburbs for the bright lights of Sydney. By coincidence, Sumner’s first senior match for the Giants came against Carlton on a Sunday afternoon at Docklands in round 6, 2012, when Blues Shaun Hampson and Bret Thornton each kicked three goals, and the home side enjoyed a comfortable win. By late in the following year, Liam had racked up another nine senior games and was looking forward to consolidating his place in the Giants’ best 22, when disaster struck.

During pre-season training, he broke down with stress fractures in a foot. His preparation stalled until round 4, when he returned for the game against the Western Bulldogs, only to break down with a recurrence of the same injury. This time surgery was required, and he didn’t reappear in the Giants’ colours again until the final match of the season.

Throughout Sumner’s time at GWS, the club’s talent-laden list had been assembled by former Carlton champion Stephen Silvagni, in his role as the Giants’ List Manager. In December 2014, Silvagni ended his three-year tenure in Sydney, and returned to Princes Park on a rescue mission after one of the bleakest decades in Carlton’s history. He brought with him a list of GWS players he believed were not getting the opportunities they deserved, with Sumner’s name included.

And so, nearing the end of the 2015 post-season Trade Period, Carlton and GWS agreed to a complicated deal involving four players and a number of National Draft picks. The Blues already had Geelong’s 2016 first-rounder available (after trading Lachie Henderson) and it was added to a package of selections 28, 77 and 95. In exchange, Carlton welcomed Sumner, Jed Lamb, Lachie Plowman, Andrew Phillips and pick No. 8 from GWS.

With their revamped line-up, the Blues began the 2016 season with consecutive losses to Richmond, Sydney and Gold Coast, before Sumner was called up for his first outing for his new club against the Western Bulldogs on a Saturday night at Docklands in round 4. Wearing guernsey number 19, Liam started forward and slotted two goals, but the Bulldogs were a class above Carlton and cruised to a six-goal win. From then on he played another 15 matches – often as a defensive forward – and kicked 8 goals in a promising debut season.

Unfortunately Sumner's 2017 was played mostly at VFL Level, and when afforded chance at the top level, he could not impact. He was advised that his contract would not be extended at the end of the year.