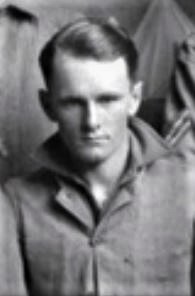 William Leslie ‘Les’ Rowe was a lively forward for Carlton’s amateur affiliate, Carlton District (and Melbourne High School before that), and in 1911 he played consecutive games for the Blues at Princes Park.

Rowe’s first VFL outing was notable in that it also marked the debut of future Carlton champion rover Viv Valentine, who would go on to Premiership glory with the Blues in 1915. Valentine was an instant star against the Bloods, while Rowe was less prominent and didn’t trouble the scorers at all from his a half-forward flank. The game was a lively affair in which Carlton recovered from a 16-point deficit at the main break to snatch a draw – the second time in successive weeks that the Navy Blues had finished level at the final bell.

Rowe held on to his place in the team for round three against Fitzroy, and in a close, hard contest, both teams scored thrice in the last quarter. Carlton kicked 1.2, Fitzroy just three behinds – but it was enough to get the Maroons home by two points. Rowe lost his place in the senior team after that, and while Carlton recovered to make the finals, Les never played for the Blues again, later receiving a transfer permit to VFA side, Brunswick in 1912.

In 1915, with World War 1 raging in Europe, Rowe volunteered for military service with Australia’s renowned 38th Battalion. He sailed for England in June 1916, and fought in the trenches of northern France for more than a year. During that time he was promoted through the ranks from Private to Sergeant, and eventually to Lieutenant. He survived the war intact, and came back home in 1919.

Les lived in McIlwraith Street, Carlton for many years after the war, and passed away in March 1965, at the age of 74.

From the AWM Nominal Roll, Cpl. William Leslie Rowe aged 25 gave his mother's address as 107 McIlwraith Street North Carlton when he enlisted in the AIF on 30 October 1915.
Les was in D Coy. 38th Battalion and sailed from Melbourne on the HMAT A54 Runic, 20 June 1916