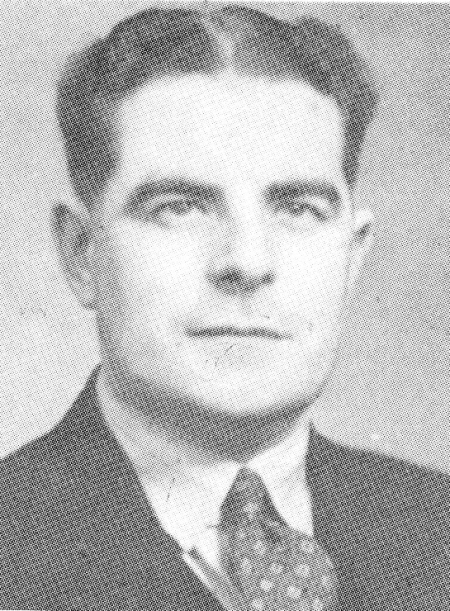 William Laurence ‘Larry’ Floyd was Carlton’s first full-time secretary, recruited by the Blues from VFA club Williamstown in 1951 at the behest of Blues’ President Sir Kenneth Luke. A strong-willed and visionary administrator, Floyd had served three terms at Williamstown, during which time the Seagulls had risen from also-rans to claim three Association flags.

Born in Broken Hill, NSW in 1909, Floyd’s family moved to Melbourne when he was 11. After only basic schooling, he started work in the printing trade. He was also a keen all-round sportsman, playing both cricket and football with local teams, although he didn’t reach any great heights in either.

In 1935, at the age of 26, Floyd was appointed secretary of Williamstown at a time when the team was languishing last on the VFA ladder, and the entire inner-west of Melbourne was still fighting its way out of the depths of the Great Depression. Among his early initiatives, he changed the team’s nickname from the Villagers to the Seagulls, fostered local recruiting, and ended the practice of separate committees for the seniors and reserves.

Floyd was heavily involved in the negotiations that eventually took Carlton’s veteran champion full-forward Harry ‘Soapy’ Vallence to Williamstown in 1939. A year later, he and his committee claimed an even bigger scalp when Collingwood star Ron Todd sensationally crossed to the Seagulls without a clearance. Floyd was a man with a vision, and under his stewardship, Williamstown won VFA Premierships in 1939, 1945 and 1949.

By then, KG Luke was sure that Floyd was a man that Carlton needed, and began talking him into joining the big league at Princes Park. In 1951, Floyd was in his seventh year as a Williamstown councillor. But he eventually bowed to Luke’s endeavours, and served the Navy Blues until May, 1955 - when he resigned after being elected to parliament as an upper house MLA.

Over the following 18 years, Floyd diverted much of his energy to local issues, especially the provision of government housing. He was a driving force in the construction of the West Gate Bridge, and the guest of honour when the Williamstown Football Club opened the W.L. Floyd Pavilion in 1963.