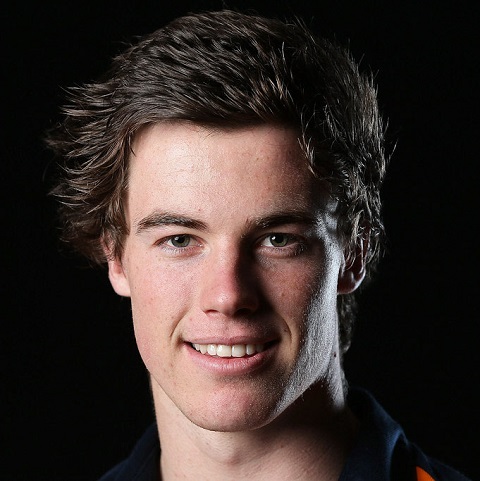 The defection of versatile big man Lachie Henderson to Geelong during the 2015 post-season draft period was a heavy blow to Carlton, especially as it came when the club sat near the bottom of the AFL ladder. A few weeks later however, the appointment of former Hawthorn assistant Brendon Bolton as senior coach, following the return of club legend Stephen Silvagni as List Manager, preceded a 2015 trade week that was hailed as among the most ambitious in the club’s history.

The centrepiece of Carlton’s recruiting strategy was a complicated trade deal with Silvagni’s previous club, Greater Western Sydney, involving four players and a number of National Draft picks. The Blues sent Geelong’s 2016 first round selection (received from the Cats for Henderson) plus picks 28, 77 and 95 to GWS, in exchange for draft selection 8, and four highly-rated young players – Lachie Plowman, Jed Lamb, Liam Sumner and Andrew Phillips.

The jewel in the crown for Carlton was Plowman, a 193 cm defender whose career had started well before being curtailed by a severe elbow injury. Originally from Macedon in southern Victoria, Lachie had been a star for the Calder Cannons at TAC Cup (Under-18) level before he was recruited by GWS with selection 3 in the 2012 National Draft. Quick and agile for his size, and very good in the air, he played six senior games in 2013, and another 12 in 2014, highlighted by his 16 disposals, 5 marks and 8 tackles against Collingwood in round 22.

Unfortunately, after that he was to play only three more games out of Blacktown Oval, because during the 2015 pre-season he badly dislocated his left elbow. That was a costly injury for Plowman, because by the time he had recovered there were only two matches left in the season, and his place in the side had gone to others who were making the most of their opportunities.

Meanwhile, Lachie’s former mentor Silvagni had made him aware that Carlton was beginning to gather steam under one of the most respected young coaches in the game, and that key positions in the team were waiting for the right players to claim them. The lure of returning to his home state was strong too, so in September 2015, Plowman joined the Navy Blues, where was allocated the iconic number 20 guernsey previously worn by a list of great players including Geoff Southby, Fraser Brown, Wes Lofts and Alex Duncan.

Then, in the first weeks of 2016 pre-season training, Lachie suffered a hip injury and surgery was required. That setback meant that he wasn’t at peak fitness when the season proper began, and he wasn’t called into Carlton’s senior line-up until round 4, when the winless Blues took on the Western Bulldogs on a Saturday night at Docklands. His team was well-beaten again, but Plowman stuck to his task with an intensity that served him well throughout the rest of the year - showing everyone that given better luck with injuries, he will be a definite asset in Carlton’s defence. 19 games in his first Blue season showed a lot of tenacity.

A further 21 games in 2017 and an ability to take on different opponents proved a real highlight.

His general leadership in defence in 2018 was shining through in the first 13 games, before injury ended his third year in Navy Blue. 53 games, in 3 seasons, of solid stoic defence (you really only notice him when there is a kicking error or similar!) showed what we'd done the big GWS trade for in the first place. And now, come 2019, we will need that more than ever.