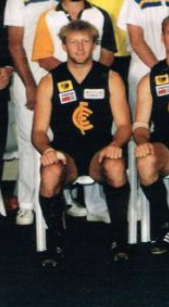 Kelvin John Holmes was recruited from Claremont in the WAFL, he played at Claremont from 1992 to 1995. He was selected in the 1993 Pre-Season draft at pick number 67, this was Carlton's 5th pick overall for that draft. Whilst at Claremont, he represented the club in 42 games and kicked 14 goals.

In 1993 Kelvin Holmes would win the the Prendergast Medal for the WAFL Reserves competition.

Holmes was originally recruited from Pingrup in WA. 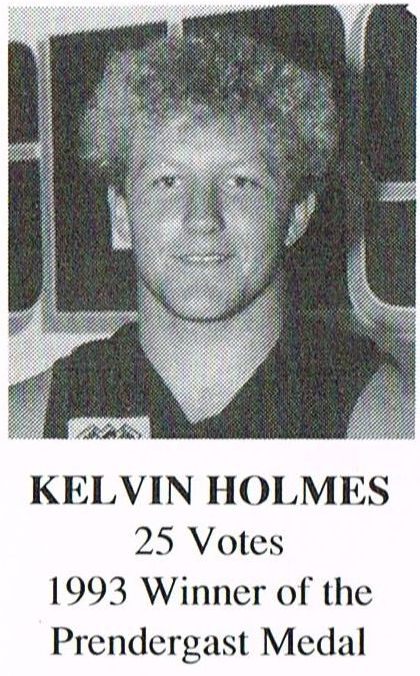 1981 - Peter Bosustow snaps around the corner.