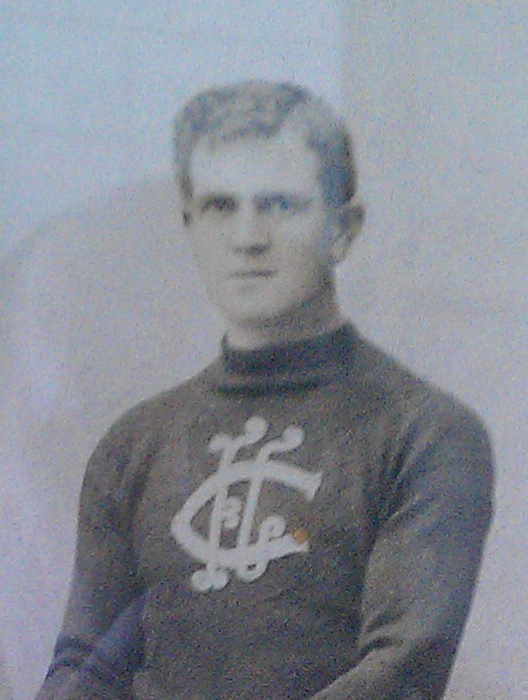 Carlton born Joe Andrew was recruited from Carlton District, he had previously played for Brunswick and Collingwood. He went on to play 2 games for the Blues in 1914.

J. Andrew was included in the Carlton team that played Port Adelaide on the Adelaide Oval for the 1914 Championship of Australia on October 03.

The Independent (Footscray) May 29 1915, reported;
"Andrews of Carlton has obtained his clearance to Footscray. In granting the clearance the committee and captain of the Carlton club wished him the best of good luck and expressed the wish that he would have a successful time with his new club. It was a fine spirit to show a player whom who they could not place in the present team, and at the same time would not debar him from playing with another team.
Carlton's loss of a good club man has been Footscray's gain."
Surname in this report is spelt Andrews, but the Footscray team line up for next week's match says Andrew.