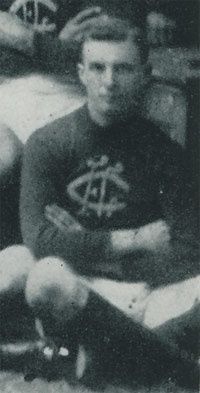 
Wearing guernsey #15, Howe played 8 games and kicked 2 goals after first pulling on the boots for the Blues in Season 1918.

Howe was born in Rushworth, and recruited from Teacher's Training College.

At the AGM held February 20 1919 J. Howe won the trophy donated by Mr. Loel, "for a player attending on the greatest number of training nights." (Trove: Age February 19 p10)

Howe may have played in the 1915 Carlton v Army Camp game played a week after the Grand Final. A player called Howie was named, but in an un-named team photo a player looks similar to Howie, who would have then been 19.