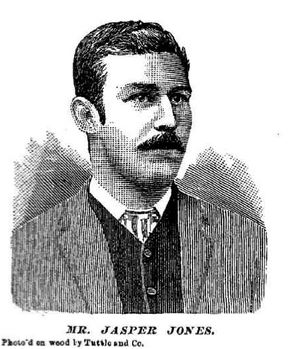 William Fagg "Jasper" Jones / "Old Boy" writing in the Australasian August 03 1940 (p14) mentions "W. H. Jones known to all as Jasper."
His name Jasper comes from his early days at Williamstown when he suffered an injury. An uncle advised him to give up the game, so when he returned to the team, it was under an alias. The team list published had "Jasper" Jones listed.

Jasper Jones 1887. The famous recruit from Williamstown and "one of the longest kicks the game has ever produced".
(Centenary Souvenir of Carlton Football Club p18)

1887 Jasper Jones - Centre; grand place kick.
"J. Jones, the centre man, is a very long and brilliant kick, and does a lot of effective work."

1888 May 12
Jasper Jones was back at Williamstown and was elected as captain for the season. 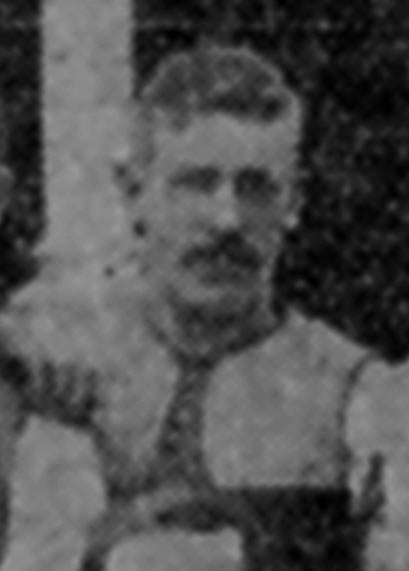 1893 June 17
"Jasper" Jones was back with Williamstown and kicked his sides only two goals in their loss against the Blues.

1924
The Geraldton Guardian published an article on Australia's National Game.
In it, it mentions the Jasper Jones once scored a goal from a place kick from the centre of the ground.
To read the item, click here> http://nla.gov.au/nla.news-article67288193 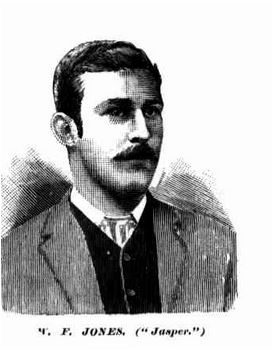