James McKay, the son of David McKay, played for Carlton Reserves during 1999 and 2000. He was playing as a "top up" player from the TAC Cup team the Western Jets U18s, prior to that he played with Keilor.

In 2000 he was now playing at St Bernards, he was occassionally used as a top-up player that year as well. 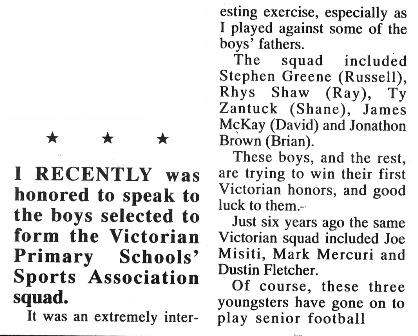