Left, James (Jim) Byrne.
According to the Melbourne Cricket Club library this photo was taken around 1865.
However, it is part of a group photo of 6 Melbourne players including Charles Forrester. Both Byrne and Forrester crossed to Melbourne early in 1868 along with Harry Chadwick after some internal upheaval at Carlton. 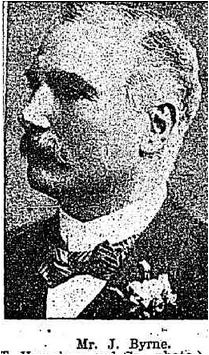 1865 August 26
Byrne was named in the 25 man squad to play the Warehouseman at either Phoenix Park (near the cemetery), or Princes Park, or Royal Park. Three newspaper reports give three different locations.

1866 Byrne scored 1 goal after half an hour's play, in the last match against South Yarra ( game ended in a draw, 1 goal all).

1867 Byrne scored one of the goals in the win over Pentridge (Coburg) at Royal Park, August 31.

James Byrne was a vice president and captain of the Melbourne club after the retirement of H. C. A. Harrison. 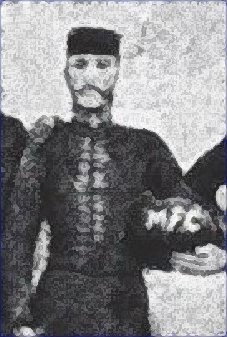