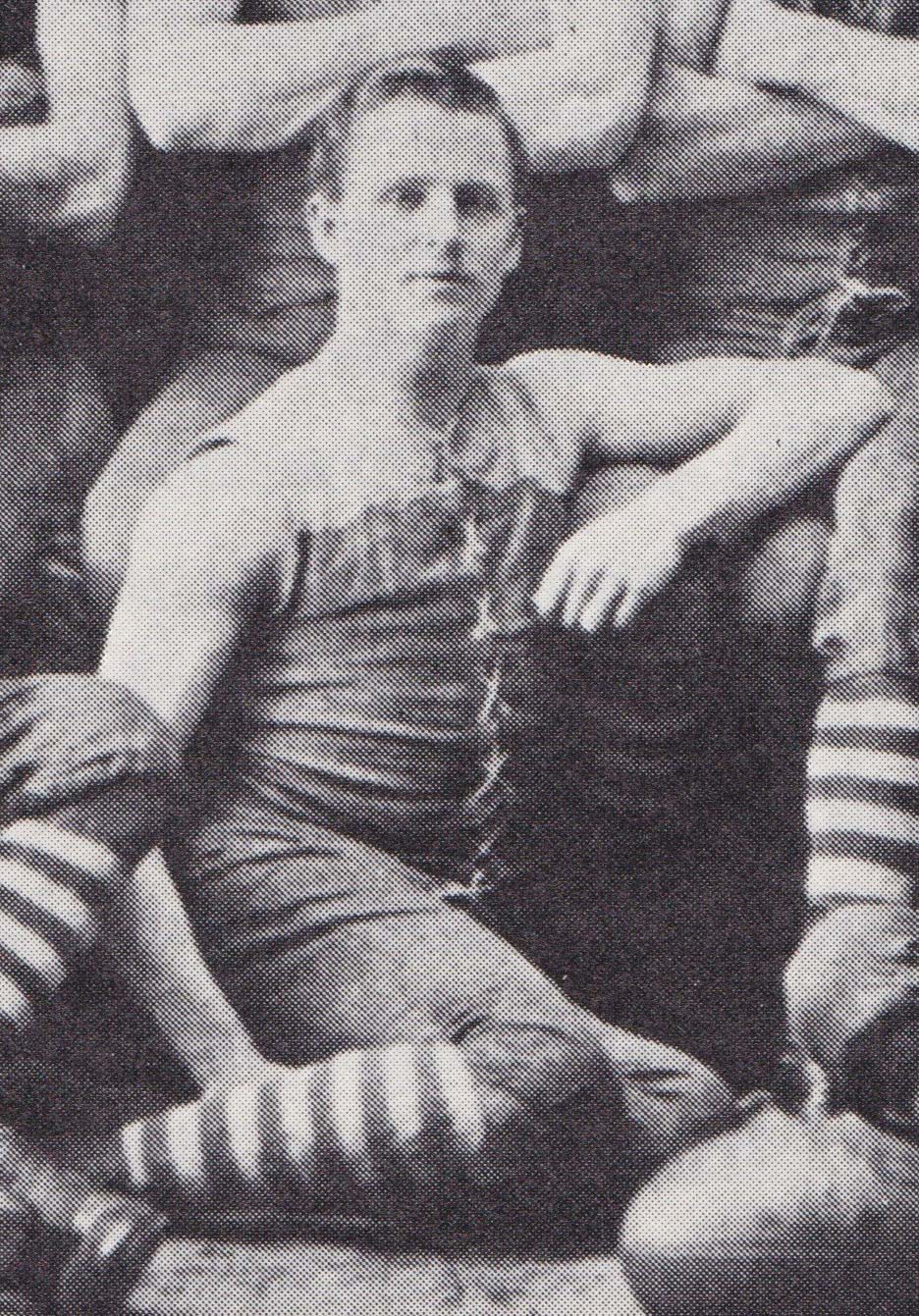 Jack Roberts was a leading player for the Blues for a decade, representing Carlton in both the VFA and in the newly formed VFL post 1897 (NB Details above are for Roberts' VFL Career). In fact, Roberts represented Carlton in our very first game in the VFL.

Our first records for Roberts begin in 1889, where the wingman / defender was noted as being a worthy representative of the Blues. His impressive record continued in later years:
Jack Roberts would have played around 93 games for the Blues prior to the VFL.

1891 October 3
The Australasian in it's Carlton end of season review said;
"The most brilliant and consistent performer has been Roberts, who has shown himself about the best placed man of the year..."

1891 The winger was Carlton's most consistent player during the season.
(The Carlton Story, H.Buggy and H.Bell p65,69)

1892 June 25
Jack Roberts played for Victoria against South Australia on the M.C.G.

1893 Jack Roberts captained the Blues in the August 12 match against Melbourne.

1893 Has played well in defence during the season.
(The Carlton Story. H.Buggy and H.Bell p72)

1895 Returned to the Blues line up for their second match of the season against Richmond at the University Ground, May 18.
Jack Roberts played a really good game adding invaluable experience to the Carlton forward line.

1896 J. Roberts elected onto the Carlton Committee at the AGM, March 31.
No mention of Roberts in Carlton teams this year.
Carlton details in the mid 90's are very sketchy as The Blues were poor on field performers.

1896 July 26
J. Roberts was umpiring the Collingwood - North Melbourne game at Arden Street, when he was attacked by irate North Melbourne supporters after they lost the game.
He was very lucky to escape.

1896 August 14 Friday
The Inquirer & Commercial News (W.A.) writing on the North Melbourne - Collingwood match;
"When the game ended Roberts was attacked by scores of barrackers, who used fists and sticks, and one of their number siezed Roberts by the hair and dragged him to the ground. Proudfoot and Huckland, two of the players, rendered Roberts valuable aid, and eventually tore him out of the hands of his cowardly assailants. Even when the players and umpire had reached the pavilion their troubles were not over, for they still had to get to their cabs, and the crowd was waiting for a chance to renew their attack, but fresh police were brought, and the ground cleared.
A "lady" had the enviable honor for starting this disturbance. As the players were coming in at half-time she waited near the gate, and struck Roberts in the face. Afterwards her shrill voice as she leaned over the fence added a high treble to the torrent of abuse rained on the unfortunate umpire whenever he approached the pavilion which, strangely enough, seemed to be the mustering point of the roughs.
The woman "barracker," indeed, has become one of the most objectionable of football surroundings. On some grounds they actually spit in the faces of players as they come to the dressing-rooms, or wreak their spite much more maliciously with long hat pins."

Constable William H. Proudfoot, a Collingwood Football Club player, went to the aid of Jack Roberts, he received a blow to the head and was knocked down and had to be carried to the pavilion, his attacker received 3 months gaol.
The behaviour of the North Melbourne supporters is possibly one of the reasons the club was not invited to join the newly formed V.F.L. later that year.

THE FOOTBALL FEMALE - THE "LADY" BARRACKER

After coming into the VFL, Roberts would play 24 games and kick 2 goals at the Blues.

Roberts was originally recruited from North Park, he was born at Newstead (was in fact was Scarsdale near Ballarat) in Central Victoria.
One of the Ballarat newspapers mentioned that when Carlton played Ballarat Imperials in 1889 that Jack Roberts had once played for the Imps.
(He passed away in 1943 aged 74. This was not the Carlton player.)

"All lovers of a fine athlete were shocked at the death of Mr. J. Roberts, which occurred on Friday, August 5, at his residence, 19 Turner street, Abbotsford, at the age of 54 years. Years ago Roberts captained the Carlton Football Club, and was fine player. He was one of the fastest men that ever played the game, and always went for the ball. He was a member of the Collingwood Cricket Club, whom he represented on the Victorian Cricket Association. He was also a cricketer of no mean ability, being a fine field. He attended at match at Victoria Park between Collingwood and Essendon, where he caught a chill, which developed into double pneumonia. Mr. Roberts leaves a widow, two sons, and two daughters."
(Australasian August 13 p25) 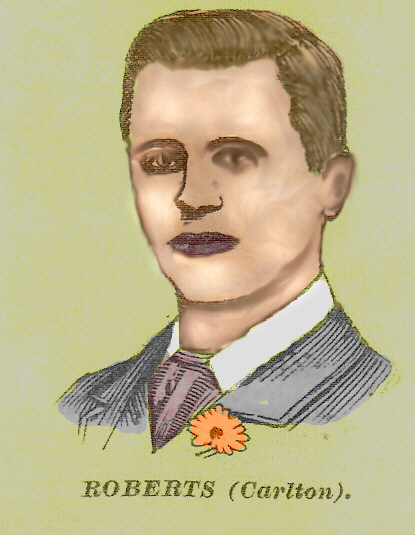