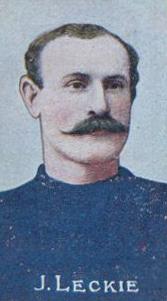 1893 August 19
The Coburg Leader;
"The goal kicking propensities of Mr. J. Leckie, a member of the Brunswick Wesleys Football Club, has been a special feature throughout the season, he having kicked 20 goals out of 24 goals kicked by the club, which is a very good performance."

1893 August 26
J. Leckie "a prominent member of the Wesleys Football Club" was named in the 26 man Carlton squad to play Essendon on the East Melbourne Cricket Ground.
Leckie made his senior debut for the Blues.

1893 September 02
Leckie played in forward pocket in the match against Fitzroy at the Brunswick Street Ground.

1893 September 16
Played in the forward pocket in the match against Melbourne on the Warehouseman's Ground.

Mark Pennings' O.O. A. F. Vol 5 has John "Jack" Leckie playing for Carlton in 1893. It also has John William Leckie playing for Fitzroy 1890-91 and 1895-96 for 31 games.
After consultation with Mark there were two players named Jack and or John Leckie and both went to Western Australia!
The Fitzroy player John William Leckie's eldest daughter was Pattie Leckie. She would marry ardent Carlton supporter Bob Menzies who would go on to be Australia's longest serving Prime Minister.
These two footballing Leckies are not related according to information kindly provided by Jack Leckie's family.. 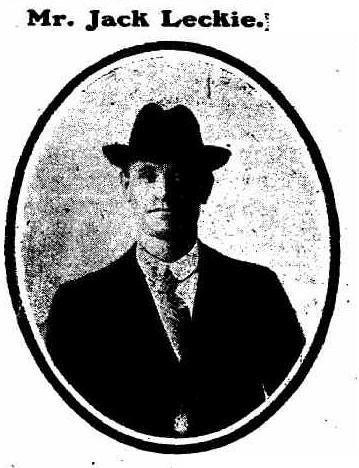 Jack left Carlton and ventured to Western Australia, first to Coolgardie in 1895 where he played in a premiership with The Unions. He later became a coach of Perth, then a State selector, The Mirror (Perth) May 8, 1921 (p1) had a write up on Jack Leckie.
See Links below.

Jack passed away after a short illness in the Alfred Hospital Melbourne, on 20 November 1941, he was aged 68. 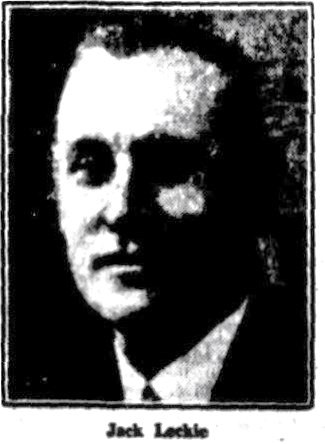 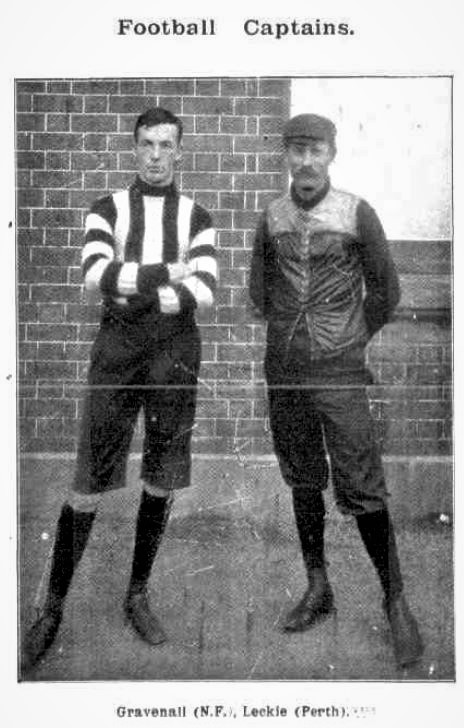 The Recorder, Port Pirie, interviewed Jack on his way to the Eastern states in 1938.
To read click here> http://nla.gov.au/nla.news-article95948048