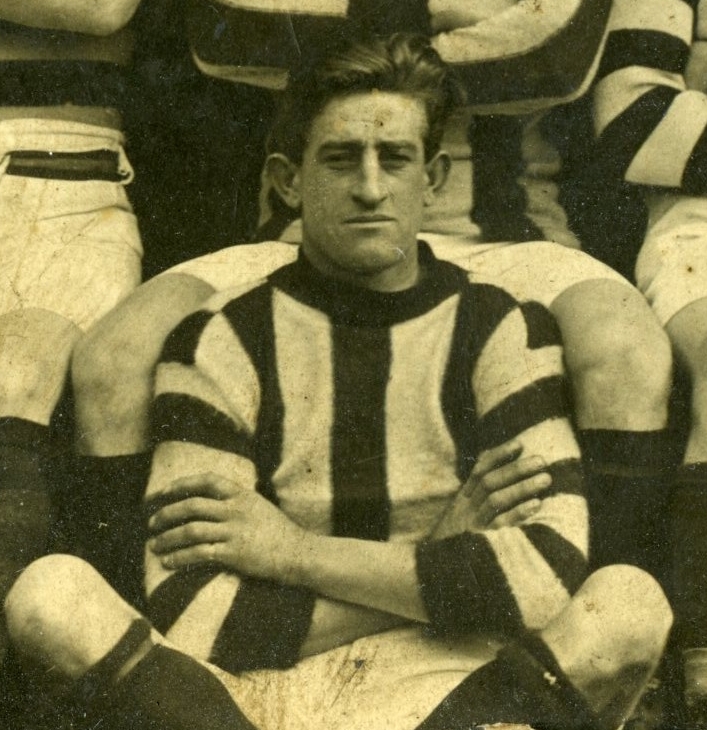 
White was born in Campaspe West and recruited from Brunswick Tramways. Wearing both guernsey #29 and #22 in his 2 year stay at Carlton, White played 4 games and managed to kick 3 goals. He debuted in 1917 in guernsey #29, before moving down to #22 for a further 2 in 1918.

White's career was unfortunately cut short due to a knee injury.

This image shown is taken from a premiership team photo of the Brunswick Tramway Football Club in 1918. Two other Carlton players appear along with Horrie, Charlie Fisher who was their captain, and Charlie Canet. Supplied by Horrie's family.