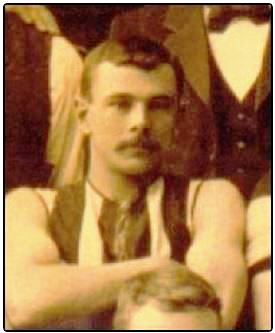 Part of the post-gold boom influx of players from Western Australia in the last years of the 19th century, Herman Dohrmann travelled from Perth to Princes Park to play 12 games for the Blues commencing in season 1898.