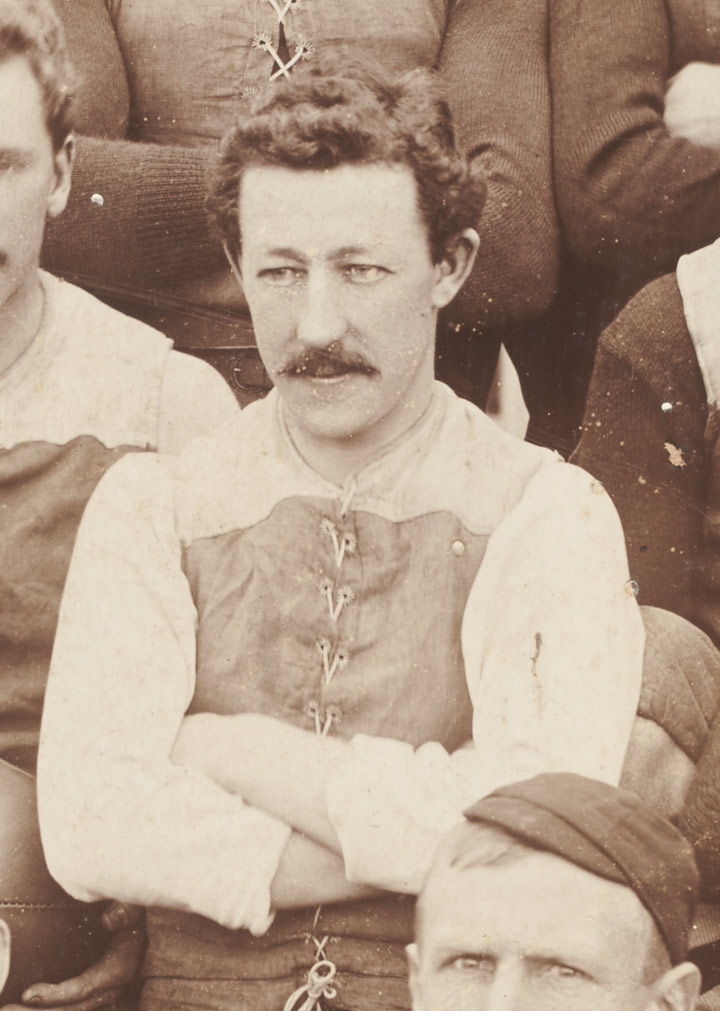 Harold Walter "Didge" Balharry was born in Williamstown in 1871, represented Carlton between 1893 and 1896, and was his club’s vice-captain in 1895. He was also was a member of Carlton’s last VFA team of 1896.
Balharry also captained the Combined Juniors team that played Essendon on April 29 1893.

Recruited from North Williamstown in 1893 He played in a Combined Junior (23) team that played Essendon at East Melbourne on April 23 1893.

"H.W. "Didge" Balharry was the champion cockswain in 1884. He steered the Williamstown pair, the four, the maiden eight, the junior eight, and senior eight, winning the programme at the Melbourne Regatta. The races were held on the Yarra, the starting point being opposite the mouth of the Stony Creek at Yarraville, and the finishing line at Footscray between the two bridges." - J. F. Balharry, The Williamstown Chronicle (October 01 1943 p3)

His older brother Jim Balharry played for Carlton in the V.F.A. and V.F.L.

A unique reminder of Balharry's career at the Club was donated to Carlton in 2007, and discussed here in this article prepared for the Club's website.