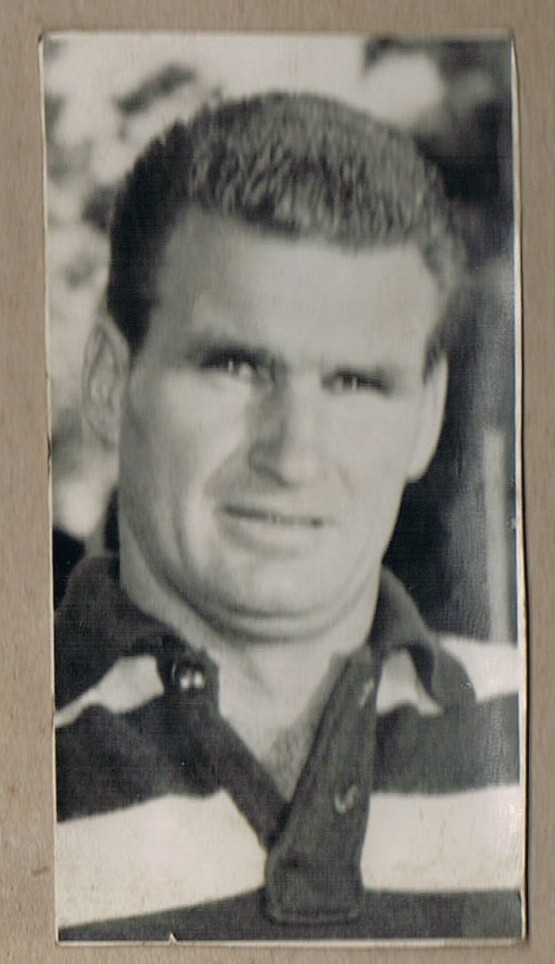 
George Ilsley was an outstanding country footballer who played two senior games for Carlton in 1954. The Blues were keen for him to stay at Princes Park, but George couldn’t settle in Melbourne, so he turned his back on the VFL and went home to Bendigo to forge an illustrious career.

Born in the Murray River town of Koondrook in 1928, Ilsley grew into an outstanding junior who was good enough to play senior football for neighbouring Kerang at the age of 14. A year later he joined Eaglehawk in the Bendigo Football League, and began a life-long association with the Two Blues on and off the field. In 1953, former Carlton champion Ollie Grieve captain-coached Eaglehawk to the BFL Premiership, and Ilsley finished runner-up to Sandhurst’s Noel Evans as the competition’s Best and Fairest. By then, George already had a reputation as a match-winner – a confident, mercurial player who was at his best on big occasions. Although only 174 cm and 80 kg, he was regarded as the League’s best centre half-forward, and equally comfortable in defence.

Probably at the urging of Grieve, Ilsley had trialed briefly with Carlton Reserves in 1953, and early the following year, match permits for two games were arranged. Wearing guernsey number 27, George lined up on a half-forward flank for the Blues’ senior side against South Melbourne at the Lake Oval in the opening round of the 1954 VFL season, and kicked a goal in a thriller of a match that went to the home side by 5 points. In round 2, Carlton was beaten again – by Melbourne at Princes Park – and soon afterward, George told the club that he had decided not to persevere with his VFL career.

Back home at Eaglehawk, Ilsley took over where he left off, and was Best on Ground when the Two Blues beat Kyneton to claim the 1957 BFL flag. Between 1958 and 1960 he was captain-coach of Eaglehawk, before briefly defecting to Northern United in the Golden City Football League. In 1962, George was voted Best and Fairest in the GCFL, then returned to Eaglehawk to eventually rack up more than 350 senior games. During that time, he also represented the BFL in more than a dozen inter-league matches.

In the years after his playing career ended, the honours kept coming for George, as the following list shows.

In 1965, Ilsley was appointed Ground Manager for the Eaglehawk Football & Netball Club, and held that position for more than 50 years - until his sudden passing at the age of 84 on April 8, 2016.

"Centre half forward George Ilsley is at an SEC school in Melbourne and going pretty well with Carlton." Mr. Hocking said. "But, as yet we don't know whether he will be playing with them. He was at a school last year and trained with Carlton, but came back to Eaglehawk."
(Riverina Herald - 29 March, 1954)

As well as guernsey 27, Ilsley wore number 35 when he had a run with Carlton's Reserves team in 1953.